How many of these 90s Z-listers can you remember?

BACK in the 1990s you couldn’t turn on the TV without having to endure some truly naff minor celeb. Here are some you might, possibly, remember.

The media had multiple orgasms when Bates became the first Brit to win a match at Wimbledon since the days when men played tennis in trousers. He wasn’t as good as Tim Henman, though.

In true 90s style, Welsh learner driver Maureen Rees achieved celebrity status for being a shit driver and repeatedly failing her test. With hindsight, she should never have been allowed anywhere near a car.

When Neil famously lost his seat as a Tory MP, he and his wife took every opportunity to get their faces in the media. Neil eventually returned to politics when he was old enough to join UKIP.

The son of prime minister John, James Major’s relationship with glamour model Emma Noble kept him in the tabloids. Give yourself an extra point if you remember his uncle and fellow Z-lister Terry Major-Ball.

The fact she landed countless TV presenter roles had absolutely nothing to do with her marriage to owner of distinctive chin and friend to Princess Diana, England rugby captain Will Carling.

Tamara was never out of the gossip columns. She worked as an “It girl”, although nobody had a clue what that meant.

Before Greta Thunberg there was Swampy, who took to digging tunnels in an attempt to stop dual carriageways being built. Naturally, he was pilloried more by the public and press for taking a stand than for not washing.

The decade saw something of an obsession with 1960s easy listening. But while the 60s had Sinatra, novelty act Mike Flowers was the crooner 90s lad culture deserved.

MI5 whistleblower turned conspiracy theorist David Shayler ended up in Belmarsh prison, so he must have been a rubbish secret agent.

Five things every girlfriend will get rationally angry about 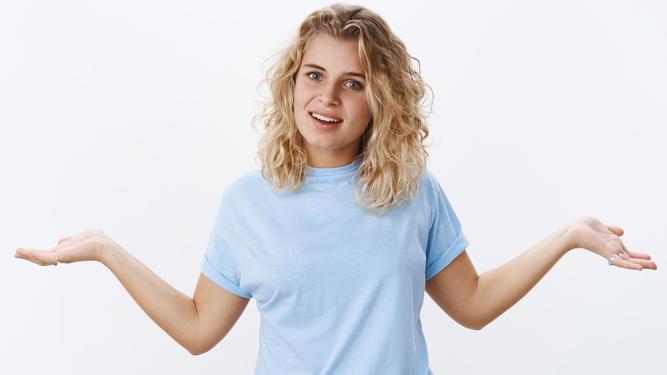 IS the old ball and chain in a weird huff again? It’s probably due to one of these totally legitimate concerns, as well as the fact you just sniggered at ‘ball and chain’.

The state of your bathroom

You gave your bathroom a cursory clean the first time she popped round, but those days are long gone and now there are more hairs lining the shower than you’d find on a barber’s floor. Your girlfriend is right to hold her breath while she does her business as quickly as possible. At least buy some bleach, even if you never use it.

Your ex-girlfriend wasn’t ‘ker-azy’ because you forgot her birthday, she was reasonably upset that the one day of the year she could expect some love and attention slid by without any fanfare. To make matters worse, other men have set the bar so low you could have just stuck a candle in a cupcake and it would have been fine.

Saying someone else’s name in bed

We really shouldn’t have to justify this one on your girlfriend’s behalf. If you accidentally yelp out some other bird’s name during the throes of passion, then your mind was clearly picturing someone else doing the deed with you. Do the decent thing and pay for the removal van as she goes to live with her sister for a bit.

Your open flirting with other women

Being nice is a harmless way to grease the wheels of social interactions, but you’re clearly ‘on’ in a flirtatious way whenever there’s a hot woman involved. Often your poor girlfriend is right there to dab the drool from your mouth as you openly leer away like a wolf in a Tex Avery cartoon. She deserves better.

Not supporting her in any way

Whether it’s never helping out with the bills, neglecting your share of the housework once again, or not listening to her talk about another tough day in the office, your general lack of support is a running theme of disappointment with your girlfriends. And her female friends have the same issues with their boyfriends. Seriously, get your shit together, lads.