Middleton exorcised after speaking in tongues

Appearing in Anglesey alongside Prince William to wave at something, Britain’s poshest commoner broke into a guttural, phlegm-ridden rant that required the attention of a young priest and an older priest.

She is said to be in a stable condition but rather than asking what the young priest does is instead claiming his mother is somewhere unpleasant doing something unhygienic.

Royal expert and commemorative plate-purchaser Roy Hobbs said: “It was pretty terrifying to watch, not least because the Devil doesn’t appear to have any words for things invented after the 1300s.

“At first I thought she was just revving up to hock an almighty lung oyster at the mayor for being Welsh but the next thing anybody knew she was rolling around on the floor sounding like Charlotte Church with her fandango trapped in a toilet seat.

“If this is what the future of the monarchy holds they’d better put netting around the royal box for the Variety Performance or Michael Mcintyre’s going to be wiping princess poop out of his eyes as he introduces the jugglers.”

Young priest, Father Stephen Malley, said: “Kate’s sat up in bed now and apart from the girl having a filthy fucking mouth on her she seems fine. I’ve not seen a case of consort possession this bad since 1983 when Lady Di ate a cursed olive backstage at Live Aid and headbutted Howard Jones.

“All Kate remembers is getting the faint whiff of daffodils, a burning hatred of English tourists and the next thing she knew she’s waking up with cramp in her tongue.”

Boardrooms should be 14% Brazilian tranny 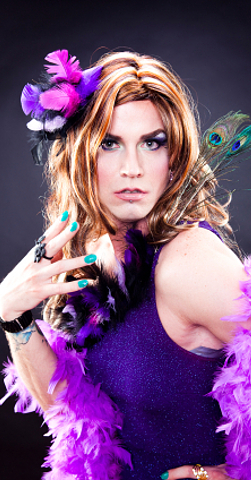 ONE in every seven company directors in Britain should be a Brazilian transvestite with a pronounced facial tick, according to a new report.

The recommendation was made by former government minister Lord Davies who was asked to investigate the make up of Britain’s boardrooms for reasons no-one has yet been able to adequately explain.

He has nevertheless investigated it anyway and devised a detailed formula which must be adhered to or the British economy will stop suddenly at 3am, hurling everyone into space.

14%: Brazilian transvestites with a nasty twitch.

17.2%: Retired semi-professional cricketers who are now shacked up in a one bedroom flat in Brighton with their son’s best friend.

10.6%: Welsh people who have never seen the special edition of Close Encounters of the Third Kind.

Davies also stressed that at least 25% of the people in each category must have a womb, especially John Reid.

Meanwhile the remaining 1.3% will be made up of a rotating panel of angle-poise lamps, cranky babies and people who know what they’re doing

But the move was criticised by analysts who said Brazilian transvestites may not necessarily know how to run a company that makes high-temperature alloy gaskets for the offshore drilling industry.

Julian Cook, from Donnelly McPartlin, said: “Harriet Harman once remarked that the financial crisis would not have happened if Lehman Brothers had been called Lehman Sisters.

“But Harriet Harman is an utter fucking moron.”