DAME Shirley Bassey may have been a big hit with the Glastonbury crowd but she proved much less popular backstage after refusing to share her drugs with her fellow artistes, The Daily Mash can reveal.

The Welsh singing sensation engaged enthusiastically in the VIP party scene after her Sunday afternoon set, onlookers said, but proved extremely adept at bogarting joints and very reluctant to give any of her stash to others.

Pete Doherty, 28, singer and lead drug taker with the group Babyshambles, said he had generously given Dame Shirley four toots on his crack pipe and a couple of diazapem but was disgusted to receive absolutely nothing in return, "not even a lump of hash".

His girlfriend, the model Kate Moss, 32, said Dame Shirley had acted like “her best pal” when she was chopping out lines of cocaine, but was nowhere to be seen once the drugs were all gone.

Mr Doherty said: “I have to say that both Katie and I were quite taken aback by Dame Shirley’s lack of manners and her completely selfish approach to drug taking. What kind of an example is that for a woman of her standing to set the young and impressionable?”

Dame Shirley denied she had been mean with her own drugs and said Moss and Doherty were most definitely mistaken as both had got “off their tits” on substances she had provided.

She said: “I gave them loads of top gear which I scored off Ken Dodd last week. I can only assume they were so mashed they forgot where they got it from.” 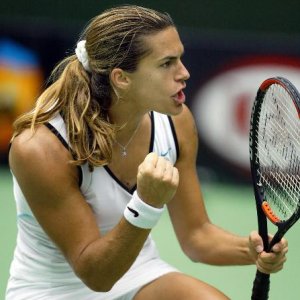 Commander Bilge said players who repeatedly shook their clenched fists and shouted at themselves to celebrate success would be docked points and eventually disqualified.

Players will be instead be encouraged to write themselves a polite thank-you letter after the conclusion of each game.

The news was greeted with jubilation by the Anti-Fist Alliance, the organisation that campaigns for a fist-free world.

When told the news Jocasta Newballs, a spokeswoman for the AFA, shouted "yes" and punched the air in celebration.

Meanwhile Andy Murray’s excuses coach Paul Bratter has confirmed that the young British hopeful has failed to come up with anything better than a sore wrist to justify his pulling out of Wimbledon, despite weeks of intensive training aimed at producing a more dramatic explanation.

He said: "Andy told me that the wrist had come through a Razzle and a Big Ones International during the week but when he really tested it out with a Maria Sharapova work-out video on Sunday it broke down. It’s not a great excuse, but I suppose it’ll just have to do."