Prince Philip 'has no idea Meghan is mixed-race'

PRINCE Philip is making the royal family incredibly tense due to still not realising his granddaughter-in-law is a person of colour.

The Duke of Edinburgh is keeping his family and palace employees on tenterhooks over when he will next make one of his ‘interesting’ observations about race.

A footman said: “We’re not sure how Philip bypassed this well-known fact about Meghan’s background, but then he does only read Shooting Times and watch TV programmes about destroyers.

“Luckily Meghan is American and earnest, so if Philip mentions ‘spear chuckers’ she assumes he’s just referring to a trip where he saw modern African people celebrating their ancient history.”

Prince Harry said: “Given grand-pater’s frequently off-colour comments about people from other cultures I thought it best to gloss over the whole thing.

“He currently thinks Meghan is a long-lost relative of Count Von Rundstedt the Ninth of Imperial Prussia whose family moved to America to escape vampires.”

'Why are you drinking at home?' say overpriced pubs full of twats 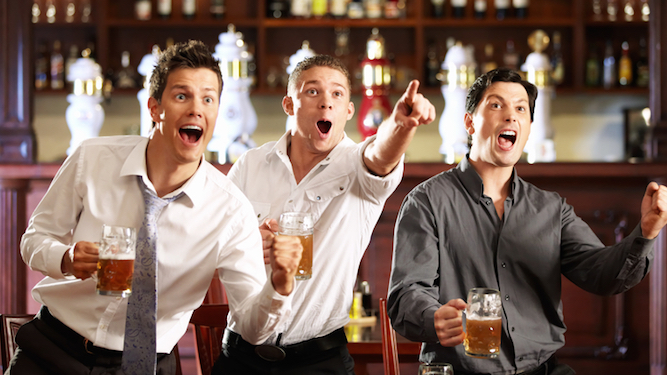 BRITAIN’S pubs have criticised the public for drinking cheap supermarket booze when they could be supporting their hellish local hostelry.

Landlords are totally baffled as to why people like drinking in the comfort of their own home instead of spaffing their money up the wall in the company of shouty bellends.

Pub landlord Roy Hobbs said: “Nowadays people are getting pissed at home for under a tenner with access to nice food and a TV not showing MTV shite. Where’s the pleasure in that?

“It’s killing the pub trade. Having a drink while the bloke with the face tattoo at the other end of the bar looks at you threateningly is part of the social fabric of Great Britain.

“If we shut down they’ll be longing for the days when they could spend £20 on four pints of very forgettable lager, then another £14 on a ropey burger with a huge pile of greasy curly fries.”

Home drinker Tom Logan said: “Not only do I not have to put up with a motley crew of screeching office twats and possible psychopaths, there also isn’t an inch of piss on my bathroom floor.

“Another benefit is that when I pass out blind drunk on the sofa for a bargain £12, no one’s going to try to set fire to my hair or stick beer mats up my arse.”