Woman unable to go running because her headphones are broken

A WOMAN was forced to abandon her plans to go for a run after discovering her headphones were broken.

Emma Bradford, who has also been unable to jog this week due to the possibility of a headache, her favourite sports bra being dirty and because it might rain, is devastated about the incident.

She said: “I’m gutted. I was so looking forward to that run and now I have to stay in drinking wine and eating Pringles.

“The fact is you can’t run without listening to something. Otherwise all you hear is your brain screaming ‘I hate running, this is shit, I hate running and running hates me’ over and over. Apart from that I love running, obviously.

“I’ve ordered some new headphones so tomorrow I shall definitely go for a run. I really hope they arrive on time and the Amazon van doesn’t explode or anything.

“That said, I do feel like I’m getting bit of a cold so I shouldn’t overdo it. Also, my fridge really needs cleaning out and I urgently need to alphabetise my sock drawer.”

Bradford is currently really looking forward to her run but also doing a Google search for ‘is running in cold weather dangerous +injuries +fatal’.

The Remainer's guide to getting behind Brexit 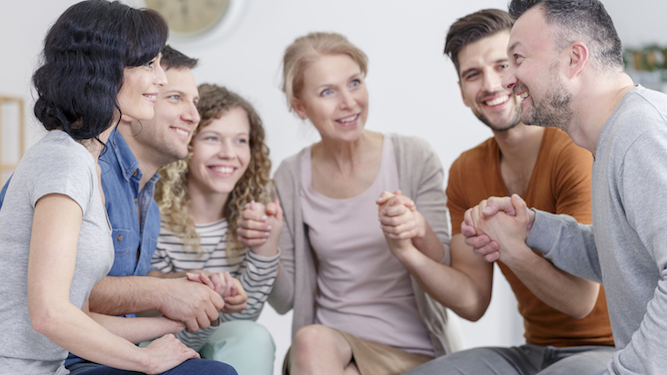 ARE you a Remainer who’s been constantly told to ‘get behind’ Brexit for the last two years but has no idea what that means? Here’s how to do it.

Misleading Facebook adverts don’t pay for themselves, so hit the streets with a charity bucket. If recent polls are anything to go by, you’ll be surprised how many people are prepared to give you money for a metaphorical kick in the nads.

Hire a church hall and have meetings where you sit in a circle sharing anti-EU propaganda and helping Brexiters deal with negative emotions, such as starting to feel like a massive tit.

Also focus on uplifting Brexit activities, such as having a friendly competition to see who can bake the best cake with an icing sugar picture of Europe in flames.

Remainers have been sabotaging Brexit all along, apparently. If you’ve been planning to blow up railway tracks or assassinate Nigel Farage with a Sten gun like the French resistance, stop this treachery now.

Go around saying things like “I was wrong – leaving the EU is great!” and “Isn’t Brexit just swell?”. If, as Brexiters believe, criticism harms Brexit, then this will make it turn out fine.

Turn to the occult

You could try praying for Brexit, but you don’t want to look like a mawkish American wanker. Also prayer doesn’t have a great track record of success, so something a little stronger may be needed.

Study the occult and see if you can enlist the help of a powerful deity like Moloch, or the top boy Satan himself. Be warned that tricky problems like the Irish border might require you to sacrifice quite a few virgins.

Much as Midge Ure and Bob Geldof set up Band Aid, get Brexiter musicians to record a single. Unfortunately there’s only Roger Daltrey and Morrissey, so fuck knows what that will sound like.