THE Queen’s powers include the right to veto the prime minister’s toilet habits, it has emerged.

Declassified papers have revealed the surprising extent of the monarch’s powers which include total control over David Cameron’s bladder.

In accordance with a piece of legislation first drafted in 1593, should the Prime Minister wish to urinate, he must first report to Buckingham Palace to obtain written permission, by Royal Seal, from Her Majesty.

If The Queen is busy at her bureau or receiving foreign dignitaries, the prime minister will have to wait outside.

When eventually he receives permission, he must urinate, or if he so requires, defecate into a special urn outside the Queen’s chambers, under the supervision of an equerry.

Royal biographer Roy Hobbs said: “As she ages and becomes more crotchety, there is increased evidence of the Queen exercising ancient powers against things that antagonise her.

“Using laws introduced during the rule of Henry II, she has banned visitors to royal parks from wearing t-shirts over long-sleeved shirts. Those contravening the rule face two hours in specially erected stocks.

“Over the coming year we can expect to see bans on suit jacket and jeans combinations, inspirational Facebook memes, adults watching Dr Who, and Prince Charles.

“Also, in keeping with an edict inscribed by Edward The Confessor himself, ‘sundry twattes of all measure’.”

Burchill slams Chorlton and the Wheelies 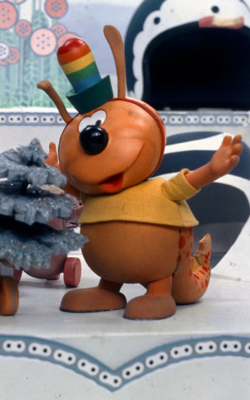 COLUMNIST Julie Burchill has launched an astonishing broadside against 1970s childrens programme Chorlton and the Wheelies.

Writing in The Observer, Burchill described the Wheelies as pathetic little toadies, while Chorlton the Happiness Dragon was a sinister patriarchal figure, like Hitler crossed with Jimmy Savile.

The article went on to accuse Fenella the Kettle Witch of being a cross-dressing woman-hater while the Toadies, her mushroom henchmen, would probably be working in a concentration camp if they didnt live in Wheelie Land.

The 800-word article made numerous other criticisms of the programme, with King Otto, the ruler of Wheelie Land, described as an absurd parody of a potato with a vomit-inducing sense of entitlement.

The Observers website was swamped with comments from readers, who variously described the piece as deeply offensive, a manifesto for wheelie-haters and a beacon of reason in an increasingly wheeled world.

A spokesman for the newspaper said: Julie has never been afraid to address controversial issues, whether it is gender politics, the Arab-Israeli conflict or what a bastard Tony Parsons is.

On the other hand, maybe shes been writing contrived, provocative articles for so long shes simply run out of things to pretend to be outraged by.”

Burchills outspoken views have provoked outrage on numerous occasions, as with her 2010 New Statesman article, Why Dangermouse is an anti-Semite.