Queen to be bombarded with lower middle class music

BRITAIN will pay tribute to the Queen by standing outside her house and bombarding her with music she finds ghastly.

The jubilee concert will include Gary Barlow, Paul McCartney and Elton John in a 36-hour lower middle class cacophony that will make Her Majesty wish she was either the Queen of Austria or dead.

A Buckingham Palace spokesman said: “She pledged to rededicate herself to the nation and unfortunately that does include stuff like this.

“She is fond of ordinary people she just wishes they would keep their ordinariness to themselves. If anyone had bothered to ask her she would have preferred a remote control Japanese horse jacuzzi.

“Anyway, thanks for the concert.”

Meanwhile, it has emerged that the Queen has asked for the Golden Bong of Saxe-Coburg to be placed on standby for the duration of the jubilee celebrations.

The 24-carat bong, first used by Prince Albert in 1842, was a gift from the Nizam of Hyderabad and has helped seven generations of royalty cope with events including Trooping the Colour and staring directly at the Cenotaph for two hours in the middle of November.

Should the Queen feel the need, the 27-inch tall smoking device will be removed from its plinth in the Tower of London and loaded with grade-A skunk from all corners of the Commonwealth.

Royal historian Denys Finch-Hatton said: “An 85 year-old woman cannot be expected to sit in a big chair on top of a barge and be paraded down the Thames without feeling that she is at least floating above it.”

It will be the first time the Queen has used the bong since 11 May, 2010, the last time she had to speak to Gordon Brown. 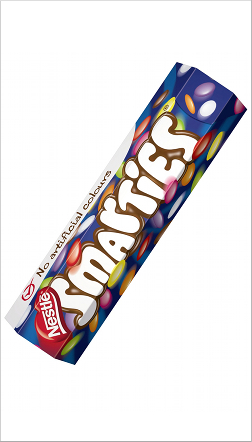 RIGHT-wingers are intelligent enough to know that everyone is ultimately a self-serving bastard, according to new research.

The Institute for Studies found that while stupidity leads to racism, right wingers were more likely to know not to stand in front of George Monbiot at the top of some stairs.

The research also showed that Thatcherites can be interested in quantum physics, while Labour voters include barely sentient fist-throwers like John Prescott and Cheryl Cole.

Professor Henry Brubaker said: “Deciding who’s cleverest between left and right is like deciding which tube of Smarties would make the best Pope.

“But right wingers are at least intelligent enough to assume that everyone is a potential enemy. Especially those who give hugs instead of handshakes.

“And while racism, homophobia and insisting climatology is a pyramid sales scam are all a bit dense, so is standing on top of a pile of skulls and shouting, ‘let’s try it again’.”

But Julian Cook, from Finsbury Park, insisted that, if you thought about it, Stalin was actually right wing, which everyone on the left thought was a very clever thing to say.

He continued: “Socialism will always work brilliantly because it is humanity’s natural instinct.”

Roy Hobbs, from Guildford, added: “What a poof.”