This is all your fault, Will Smith tells son

WILL Smith has branded his son a ‘useless little toad’ after the failure of their science fiction film.

Box office flop After Earth featured the father-son duo ‘teaming up’ as space travellers marooned on a post-apocalyptic planet.

Smith said: “Watching the movie back, I realise it’s pretty great apart from my teenage son.

“There are big emotional scenes where I’m totally nailing it and it’s like he doesn’t even give a shit, he’s drifting off thinking about girls or snack foods.

“Honestly, you put them in a $160 million sci-fi blockbuster and this is how they repay you. Fuck all this ‘cool dad’ shit.

Smith revealed plans to cast Jaden in The Fresh Meat of West Philadelphia, a riches-to-rags sitcom about a boy sent to live with his pimp uncle and crack whore aunt.

He said: “Jaden’s life gets ‘flipped around, turned upside down’ and not in a good way as he is pursued by junkies and forced to live on bits of stale bread he steals from pigeons.

“Basically he gets exactly what he deserves.” 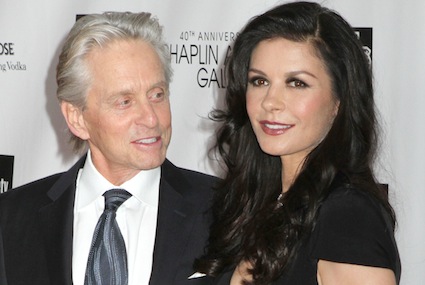 THE mother of Catherine Zeta-Jones has been sitting motionless in a chair with her eyes and mouth wide open for the last 18 hours.

Patricia Jones entered a catatonic state yesterday after reading an interview with her son-in-law Michael Douglas in which the actor said his throat cancer was caused by licking the vagina of Mrs Jones’s only daughter.

A friend said: “We’ve been making loud noises, shouting her name and even blowing a bugle right in her ear.

“Absolutely nothing other than the occasional, very slight twitch in her left eye.”