THE number of people leaving Britain because of Jamie Oliver's face has risen for the second year in a row.

Official figures show that more than 380,000 started a new life overseas, unable to endure another second of the grinning chef.

Roy Hobbs, an electrician from Falmouth, said: "I decided that my family and I would be better off in Basra rather than have to look at that cocky little shit every day for the rest of our lives.

"Life in Basra is unbelievably dangerous, but we've sided with some particularly ruthless Shi'ites and the kids are just so relieved not to have to eat whatever that fat-lipped sod tells them to."

Janice Harper, a physiotherapist from Minchinhamptonsteadbury, said: "I walked into my local Sainsbury's last October and every single product carried a picture of Jamie Oliver.

"All the store announcements were in his voice and there were huge video screens showing him and his trendy mates eating beer battered fish and garlic roasted chips. I put my house on the market that afternoon."

Harper now lives in the hills outside of Barcelona and has threatened to poison the local reservoir if Oliver comes within 250 miles.

A Home Office spokesman said it was unfair to single out Jamie Oliver and insisted there were many reasons for people to leave the UK.

He added: "What about Richard and Judy's Book Club? That's a good one." 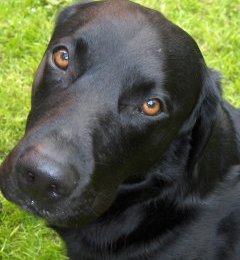 MORE than 75% of dogs who sat this year's GCSE exams have achieved at least three passing grades, the government has announced.

Ministers welcomed the record results, rejecting claims that the exams were getting easier and insisting that British dogs were becoming more intelligent.

Schools Minister Jim Knight said: "English and maths, in particular, are the bedrock of every dog's education as well as knowing where to go poo-poo."

Recent exam changes mean that dogs who turn up and are able to make two or three random marks on the paper are awarded a pass. Urinating or depositing solids on or around the paper guarantees at least a C grade.

Schools in England have been under particular pressure to improve results in dog maths and dog chemistry. Despite a fall in numbers for dog French and dog German, there has been a rise in candidates for Arabic, Chinese and dog Polish.

Mr Knight rejected claims that GCSEs were too easy, despite the fact that more than 25,000 human children who failed to turn up for their exams were awarded five passes at C grade or above.

He added: "Do you really think that we, as politicians, would make the exams easier just so we could look good? How stupid do you think we think you are?"