We knew about Jimmy Savile all along, admits entire UK population

EVERY man, woman and child in the UK knew that Jimmy Savile was a sexual predator for 30 years, it has emerged.

64.1 million people have admitted that they were fully aware of the late TV presenter’s crimes but did not say anything because of a culture of fear.

Emma Bradford of Colchester said: “It used to horrify me when I saw him on the telly, but I was afraid to speak out because my brother and mum and dad really liked him.

“Little did I know that they were equally disgusted and afraid to say anything, as were the neighbours, and the entire street, and in fact everyone in the country.

“I’ve resigned from my position as an administration assistant because of my complicity in the scandal, and I expect everyone else to do the same.”

Norman Steele of Scarborough said: “I actually queued up to write fake sentiments in his condolence book, along with 4,000 other people whose stomachs were churning at the hypocrisy of their own actions.

“I mean you only had to look at him to know he was a wrong ‘un, but still I continued with my sickening charade.

“Hanging’s too good for me, and for everyone else. They should lock us all up and throw away the key.” 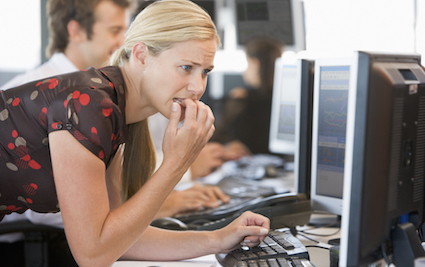 AT the stroke of 9.00 a.m Tom Logan and Emma Bradford’s favourite people in the world raced to find the cheapest item on their wedding list.

Friends and family had been poised at their computers ready to pounce on paperweights and place mats the second the list was opened.

Stephen Malley said: “I was in a meeting when I got the reminder on my phone. I left immediately and sprinted to the nearest computer driven on by adrenaline and fear.

“By 9.03 I was dripping with sweat but I’d successfully bagged a toaster and was off the hook.

“I’ve known Tom since I was three and it’s an honour to be his best man, but there’s no room for sentiment when it comes to a gift list. It’s like the Hunger Games.”

The couple stated on their wedding invitations that they did not expect any gifts while making it clear that anyone who did not at least deliver a saucepan would be dead to them.

Tom Logan said: “We put a handful of affordable things on the list but after that it’s every man for himself. Now we sit back and see which sucker is left with no option but to get us a widescreen TV.”