A COUPLE concerned about their carbon footprint have confirmed they are more than happy to give up their third child.

Helen Archer and Joseph Turner have already become vegetarian and given up flying but believe the most ethical sacrifice they can make is to upcycle youngest son James to a family in need.

Archer said: “We’re all going to have to give things up in this time of climate crisis. James understands it’s the right thing to do.

“Joe and I had three children before we knew what damage we were doing to our fragile world. By downsizing James, we’ll be reducing our carbon by 60 tonnes a year and can convert his room into a home office.

“We’ll be a streamlined family ready to face the 21st century with pride, and I’m sure he’ll be happier. It’s a selfless act that will benefit everyone, especially us.”

She added: “If not him then the middle one.”

Mum announces she is to step back from making dinners 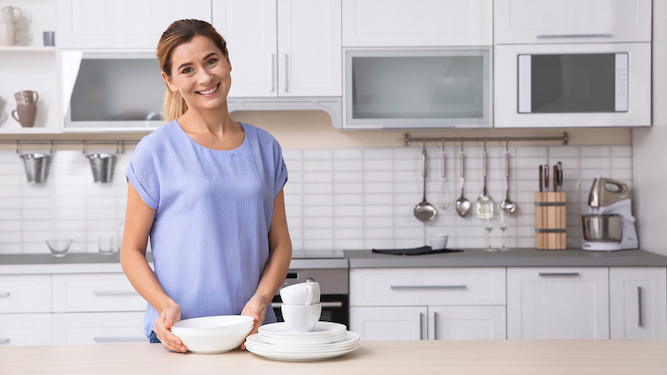 A MOTHER-OF-TWO has announced she is to step back as senior meal-preparer from her family because she can no longer be ars*d.

Emma Howard reluctantly made the statement that she is making the transistion to watching telly and letting everyone fend for themselves because it is really f**king annoying and never ends.

She continued: “When I signed up for motherhood I was warned, by close friends and strangers alike, that the majority of the food I prepared for my children would go in the bin.

“But it has still been a shock to discover that the more lovingly I prepare it, the more likely that  it’ll get thrown on the b*stard floor.

“I also had no inkling that my kids would turn into d*cks at 5pm because of hunger and kick me in the shins while I make three different meals simultaneously because they’re so fussy that a tiny piece of onion can start World War Three.

“So I am withdrawing and working to become financially independent enough for nightly takeaways. Dinnertime can f**k off.

“The school run can do one too. And, come to think of it, bathtime and bedtime are a b*llache. I quit the whole thing. B*llocks to it all.”