Gerbil only goes and f**king eats other gerbil

A BELOVED pet gerbil has only gone and f**king eaten his mate.

The gerbils, known as Ant and Dec, were owned by 12-year-old Nikki Hollis who found Dec eating Ant this morning which resulted in her screaming for about four hours straight.

Hollis’s father Martin said: “We’ve never had gerbils before so how were we supposed to know they do this kind of thing?

“We’d got them a small plastic wheel and everything, which should be been more than enough to keep any cage-confined mammal mentally stable.”

He added: “We were going to get Nikki a dog instead of the gerbils but we thought it would have ended up being quite expensive.

“We now realise it’s going to cost a lot more paying for her years of therapy.”

However gerbil Dec said: “We were having some banter and the next thing I knew I was eating him. 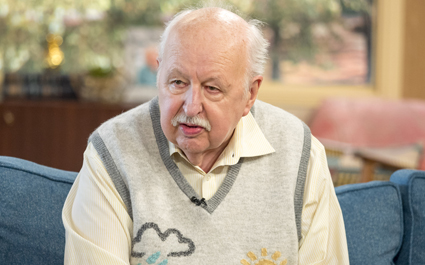 FORMER TV weatherman Michael Fish has confirmed that Brexit is going well and will definitely happen.

Fish made the comments in response to a phone call from a lady in Wales who claimed it was all a right shambles and Britain would never leave the EU.

He said: “There’s no two ways about it. Re-mortgage the house and bet all the money on it. Brexit. Going. To. Happen.

“I’d stake my reputation as a man who knows when things definitely will or won’t happen on it.”

As well as confirming that Brexit will be a success, Fish added that Everton manager Ronald Koeman won’t be sacked before Christmas, Boris Johnson won’t say anything ignorant ever again and Ghost in the Shell is a good film.