A SEVEN-YEAR-OLD boy has managed to get from sofa to door without touching the living room floor, which was lava full of sharks.

He said: “When I saw that the floor had became hot molten lava filled with sharks and crocodiles I knew it was going to take something special to get out of there alive.

“My first move was to  climb off the sofa onto the coffee table, taking care not to put a hand on the floor otherwise it would get melted or bitten off. Then I had just cross my fingers and jump for the door.

“I knew that we were having lasagne for dinner that night so the lava, which also had pirates in it, wasn’t going to stop me.”

However Muir knocked over a glass of Ribena during the perilous mission, leaving a stain on the carpet for which he later got bollocked.

Notice I'm not flying to you, says Juncker 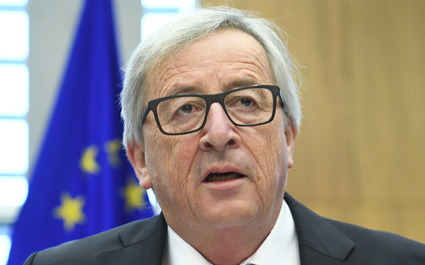 EU CHIEF Jean-Claude Juncker has highlighted that Theresa May is flying to Brussels to rescue Brexit talks, not the other way around.

Juncker, who respects the prime minister about as much as Britain’s tabloid newspapers respect him, has enjoyed a leisurely morning of coffee, croissants, Le Monde and not being on a plane because he is not the one who is very worried.

He said: “The door will be closed. They will knock. I will not answer immediately.

“Interesting item in the newspapers here, about the UK being £490 billion poorer than it had realised. Perhaps I will leave it open on the table.

“You are negotiating with the world’s largest trading bloc, and you think you have the upper hand? Your only profitable industry depends on our largesse, and you accuse me of interfering in your stupid election?

“It is fucking right these are ‘emergency’ talks. You have set yourselves on fire, and I am currently not in the frame of mind to piss.”