A MAN meeting his new girlfriend’s mates for the first time is unaware of the extensive knowledge they already have about him.

Wayne Hayes is looking forward to an evening in the pub with the ‘girl squad’ while totally ignorant of the extreme vetting he has been through to get to this point.

Squad member Mary Fisher said: “We were initially a bit concerned about his apparent lack of ambition, but after much debate, we’ve agreed that ‘freelance graphic designer’ is a job of sorts.

“We were also really moved by the story of his difficult relationship with his father and brother, especially after his cousin Mark got off with his last girlfriend during that family holiday in Corfu.”

She added: “And, of course, we’ve heard all about their sex life. He shouldn’t be afraid to experiment more, we’ll probably bring that up later in a sort of informal round table discussion.”

Meanwhile, Hayes’s friends are vaguely aware that he has been dating someone after a message about having to miss a five-a-side game to go to her birthday meal. 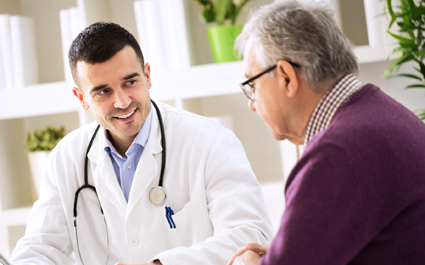 Tabloid outrage about the initiative has left many elderly people convinced they will have to try ‘golden showers’ when they only went in to get some ointment for their bad elbow.

Pensioner Roy Hobbs said: “When I next go to see Dr Simpson about my blood pressure I expect she’ll want me to wank off a goat just to fill her quota.

“The surgery will have been turned into a massive sex club full of nancy boys trying to ‘convert’ people. You’ll probably have to wear leather underpants if you want an appointment.

Retiree Mary Fisher said: “If my GP asks about my sexuality I’ll tell him to mind his own beeswax.

“Should they want me to become a transsexual they’ll have to pay for me to have it done on BUPA.”