EVERYTHING in the UK now has some glitter on it because of Glastonbury, it has been confirmed.

Scientists have found the twinkly substance on every single person and object in the UK whether they have attended the festival or not, including hermits, convicts and an empty crisp packet found at the top of Ben Nevis.

New mother Emma Bradford said: “My baby had been in the outside world for less than four minutes when I noticed a speck of glitter in the folds of her neck. How did it get there?

“Had the midwife recently returned from this mental glittery gurnfest in a field and transferred it during the birth?

“Or is my womb actually full of the stuff and it looks like a tent that’s been abandoned after an MDMA-fuelled weekend in Somerset? I suspect the latter.”

Disease expert Dr Helen Archer said: “Glitter is a modern day scourge akin to the Black Death, impossible to control with conventional methods but transferred from person to person with terrifying ease.

“Sorry, there’s a bit on your chin there. Just there.” 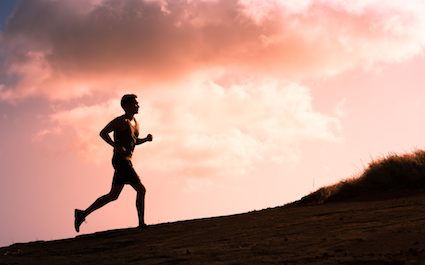 A MAN who spent his youth taking ecstasy is finding it impossible to reach the same levels of bliss by going to the gym, he has confirmed.

Tom Booker, aged 44, was told that running would make him feel as euphoric as double-dropping pills used to, but has instead found himself on a treadmill in Croydon.

He said: “I’m too middle-aged for E. Last time I was up I found myself raving about the new city centre John Lewis in Birmingham. It wasn’t cool.

“There’s coke, but you’re paying large sums just to pretend you’re not boring, and drinking gives me such brutal hangover anxiety I want to hide in my airing cupboard for two days.

“Apparently the endorphins produced by running make you feel as fucked off your face as actual drugs, though that hasn’t been my experience so far.

“I feel sick, my knees are wobbly and I want to sit down and have a good cry. That’s not the high. That’s the comedown.”

Personal trainer Carolyn Ryan said: “Honestly, I can’t imagine a more intense feeling of ecstasy than on my sunrise runs.