CLIMATE change campaigners are to hold a week-long ‘barbecue for a cooler world’ at their Heathrow protest camp to highlight the dangers of global warming.

A giant beef burger in the shape of the earth will be roasted on a huge grill every night to flag up the dramatic recent rises in the planet’s temperature.

Another huge barbecue made from 40 oil drums and filled with a tonne of burning charcoal will be used to cook a huge replica of a jumbo jet made entirely from sausage.

Jad Fazely, 23, an eco-warrior, said the aircraft’s body would be pork and leek, while the tail section would be constructed using the traditional Scottish Lorne, or square, sausage.

He said: “The hydraulic landing gear will be made out of some quite spicy lamb and cumin jobbies, and for the tyres we are going to use a really nice herby Cumberland.”

Mr Fazely said he decided to call the plane a ‘sausage jumbo’ because it was jumbo-sized and made out of sausage. “Do you see what I just did there?” he added.

The camp will conclude with a huge bonfire party at the end of which protestors will set light to a giant wicker effigy of the Virgin Atlantic boss Sir Richard Branson.

“Our activists have flown in from all corners of the globe to be at this camp, so we wanted to make sure we put on a decent show,” Mr Fazely said. 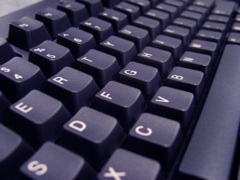 INTERNET fraudsters are missing out on huge riches because their email language skills are “so shit” they can only con the most gullible of punters, according to a damning Government report.

Too many net scams are failing at the outset because the fraudulent “phishing” emails are so badly spelled and constructed that only the really greedy or illiterate will ever be taken in.

Worse offenders are former members of the Nigerian government and crime gangs from Eastern Europe, whose English is particular appalling, the report for the Department of Industry says.

A spokesman for the DTI said: “I have lost count of the number of times I have been about to send all my bank details over the internet to a complete stranger only to be brought to my senses at the last second by a rogue semi-colon or a mis-spelling of the word ‘discreet’. It's just not good enough.”

Neil Harris, of the British Association of Internet Bank Fraudsters, welcomed the report saying it was “overdue by long and a chalk”.

He said: “If there one thing, is we told us membies time every time, it are that they must make proper use English in web page false one or email scam. Otherwise no fool; damn or other, is going to get take in! are them?”