I will be just fine, says Earth

THE planet Earth has dismissed claims it is in danger from global warming, insisting the most likely outcome is the extinction of humans.

The Earth broke its silence after years of environmental campaigns urging people to ‘Save the Planet’.

Earth said: “I’ll be absolutely fine, seriously. I might get a bit warmer and a bit wetter, but that actually sounds quite nice. Try living through an ice age. Pardon my French, but it’s absolutely fucking freezing.”

The four billion year-old planet, based 93 million miles from the Sun, said it was ‘sick and tired’ of being drawn into arguments about human behaviour.

“Look, I’m just a planet doing its thing, alright? If you want to live on me, that’s your business, but I’ve got important planet stuff to do. Try being in elliptical orbit, or balancing your gravitational pull with a medium-sized moon. Trust me, it’s difficult.”

The planet said environmental campaigners should change their slogan from ‘Save the Planet’ to something more relevant such as ‘Save Your Sorry Arse’.

Earth added: “Okay, so there may come a time when I am no longer able to support pandas, polar bears, and humans, but you know what? Life goes on.

“Who knows, I might end up being a haven for toads.” 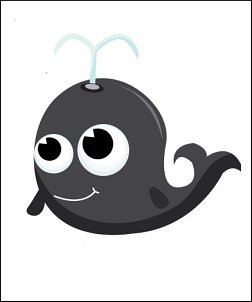 JAPAN is offering free whaling lessons and discounts on harpoons in a bid to encourage more people to take up its favourite leisure pursuit.

Kenji Katakuri, the minister for sport, said that too many people criticised whaling without experiencing the sheer enjoyment of hunting and killing a whale themselves.

He said: “We take you out on boat, one time, chase big fish.We shoot it with sharp stick, you give it try, you never know, you might find you enjoy it.

“We have big laugh together, cutty up fish, eat whale burger on deck. So why you chase our boats and throw smelly liquid at us when we just trying to enjoy ourselves?”

Mr Katakuri said that anyone who took up the offer of one free whaling lesson would get the next two at half price, and 50% off an entry-level harpoon like the Nike Whalinator 2000.

He added: “That saving of nearly £250, plus we offer no deposit and nothing to pay for three years. It better deal than DFS. Plus we let you shoot penguin if you good.”

Meanwhile TV chef Delia Smith has thrown her weight behind the Japanese campaign producing a series of recipes books including How to Cook Whale, Whale for One and Delia's Whaley Christmas.