PLANTS that tough it out in the garden have confirmed that plants which live pampered lives indoors are absolute pussies.

While the delicate little weaklings inside need exactly the correct amount of light and water or they will shrivel up and die, those outside can cope with lashing rain, lengthy heatwaves and short winter days without giving a f**k.

Hellebore Lucy Parry said: “Those wimpy little twats inside don’t know they’ve been born. I’ve been out here for four years, come rain, shine and being constantly pissed on by the dog.

“I see them sitting in the window lording it over me while I get lacerated by that idiot man who’s careless with the strimmer, but I wouldn’t swap with them for the world.

“Well, that’s what I try to convince myself anyway. I’m doomed to suffer because of the accident of my birth. When is it my turn to be lovingly misted instead of whacked in the stem with a football?”

Orchid Martin Bishop said: “I’m sensitive to root rot, over-watering, direct sunlight, cold and low humidity, so I can see why I’ve got a reputation as a bit of a diva.

“But, my god, I’d love to go outside. It’s not like I’m some kind of delicate flower. Oh, actually that’s exactly what it is.”

How I am totally immune to advertising, by a man 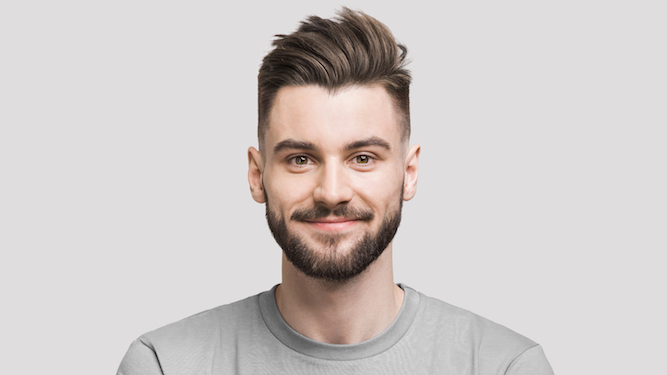 AS a man I am completely immune to advertising and its crude attempts to get inside my powerful, highly rational brain. Sorry, ad agencies, that’s just how it is. Here are some examples.

‘Does exactly what it says on the tin.’ Very clever psychology, the artless statement of the obvious suggesting it’s not an advert. But because I’ve seen through it I can buy Ronseal whenever I want. In fact I’ve got a bit addicted to staining things. I did the cat to see if he’d go out in the rain, but he just had to go to the vet. My wife was livid. Wish they’d mentioned that on the tin.

‘Close, and closer still.’ Laughable. Stick your ridiculous slogans up your arse, really. I could grow a beard in 20 minutes – I just happen to like being clean-shaven. Gillette’s my personal choice. They shave you close, I find. And, as it happens, closer still. And they wouldn’t call a razor that’s basically a blade on stick a ‘Turbo’ if it wasn’t precision-engineered like a £300,000 sports car.

Remember that 80s campaign? It basically said it was wrong and deviant to eat a meal that did not contain meat. But that had no influence on me giving up vegetarianism in my teens. I independently came to the conclusion I was a abnormal little hippy wanker who lacked the courage to constantly eat meat, so I got straight back on the burgers, sausages and pork scratchings. That was my sensible decision and mine alone.

There’s no way I’d fall for all that nonsense about indulging your inner James Bond, feeling the confident macho satisfaction of powering down the open road with a firm, manly hand on the gearstick. The reason I replaced my Fiat Punto with a Ford Mustang GT is it saves me so much time going to the shops. And I just happen to like driving alone on remote rural roads wearing a tuxedo.