A MAN who spent three years learning how to make his gas boiler turn on at the right time says the government can shove their heat pumps up their arses.

Oliver O’Connor appreciates that the pumps are better for the environment, but after three years trying to stop his radiators coming on at 3am in August, he believes the environment needs to cut him a f**king break.

O’Connor said: “I’m fully behind a low-carbon net zero future, but it’s going to have to happen without me until 2031 because I’ve finally cracked this copper bastard.

“I moved into this flat in 2018 and this autumn is the first time I’ve made sense of the cryptic symbols on the thermostat and made it talk to the boiler. I feel like that bloke out of The Da Vinci Code.

“So if the government think I’m swapping this baby for some baffling heat pump they can get f**ked. I’ve spent too many winters Googling ‘how does my f**king boiler work’ under two duvets to give it up now.

“They’d pay me five grand? Then maybe. The noises this thing’s making, it’s probably on the way out.”

An in-depth analysis of every inch of Richard Madeley's body 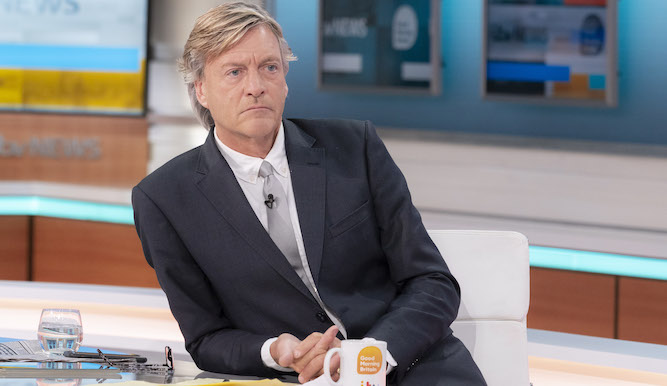 RICHARD Madeley believes women’s bodies are fair game for his breakfast analysis, so biomedicial scientist Dr Eleanor Shaw is going over his physique:

Starting at the top, Madeley’s head sits at the zenith of his 6ft 2ins frame, and has the rare distinction of being an almost perfect oblong. His hair is Clairol ‘Goldilocks grey’, with thick tresses tumbling down his forehead like a wheel of cheese down a hill. His eyes are startlingly blue against the redness of his skin.

The Madester has brazenly dared to bare for Daily Mail paparazzi flying drones over his garden, so we know perky pecs give way to a modest paunch fully in line with the Dadbod trend. A hint of bicep reminds us that Judy is a lucky lady indeed.

Shy Richard has yet to pose nude on his Instagram, but leaked behind-the-scenes This Morning footage confirms that only raw masculine power lies beneath the GMB desk. A sprinkling of freckles on his upper thigh have never held him back professionally and only serve to humanise.

Frequent pedicures and a weekly foot-scrub ensure that Richard is at the top of his game at the bottom of his body. His face-down sunbed game ensure that the soles are as unsettlingly tanned as the rest of him.

Richard Madeley’s attention to his body makes him a credit to his profession. And he shouldn’t find this at all creepy or objectifying and should take it as a compliment.