HUMANOID turtles with weapons skills have become a native species in Britain.

The popularity of a cartoon series in the early 90s encouraged pet shops to irradiate their amphibians, creating muscular amphibious warriors that were commonly named after Renaissance painters.

However the creatures’ high intelligence and obsession with weapons training made them poor pets, and hundreds were released into the wild.

44-year-old Roy Hobbs was fishing in the River Frome when a shuriken star flew past his head.

Hobbs said: “I looked around and there was a five-foot greenish creature with highly defined biceps standing in a reed bed.

“It said something like, ‘Hey dude’. The turtle was with a large otter that it seemed to have adopted as a kind of mentor.”

A spokesman for the Canal and Rivers Trust said: “Increased sightings suggest that teenage turtles have adapted to our ecosystem, supplementing their natural diet of pizza with discarded kebabs and burgers.

“Although not hostile towards law-abiding citizens, the turtles have become increasingly frustrated by a lack of rival ninja clans to fight.

“Anyone dropping litter on the riverbank risks being hacked to pieces in a flurry of swords.” 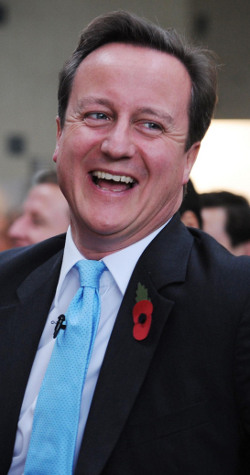 THE prime minister has announced £10 billion in absurd legacy projects that will fail massively when someone else is in charge.

The projects, which are ill-conceived, unworkable and which will cost many, many times their original estimates, have been devised to cause enormous problems for whoever’s in government after 2015.

David Cameron told the Tory conference: “It is a grand tradition in British politics to leave a few ticking time-bombs behind to blow up in the next administration’s face.

“The Millennium Dome, the NHS IT project, and the Olympics  which thanks to the anti-Midas touch of Gordon Brown improbably ended up a success  are a few of the best examples.

By green-lighting an underwater monorail between Morecambe and the Isle of Man, fitting every native duck with a GPS, and developing a reverse aircraft carrier that flies and to which boats dock underneath, Im continuing that tradition.

The Prime Minister caused widespread confusion for not mentioning the HS2 rail link in his speech, forcing a Government spokesman to clarify that one is actually meant to be serious.

Cameron commented privately: I pity the poor bastard whos in Downing Street when the bills for this lot come in, with Nick Clegg standing over his shoulder sighing I told you so.