THE majority of ticks have a poor self-image, it has been claimed.

Research by the Institute for Studies found that 83% of ticks feel they ‘should be doing something more positive’.

Tick Tom Logan said: “When you’ve just fallen off a dog’s ear and are rolling around on the floor, delirious with warm canine blood, that’s when a nagging sense of doubt creeps in.

“It’s like there’s two sides to me – one is sensitive, intellectual, refined – the other just wants to put its hypostome under a mammal’s epidermis and start sucking until I’m spherical.

“But everyone’s got to eat. The problem is moderation.”

Black-legged deer tick Emma Bradford said: “There’s always this voice in the back of your head, going ‘blood, blood, get blood. Then get some more blood.’

“That’s what it is to be a tick. And you know what? There’s nothing wrong with that.

“Yes there have been some issues with Lyme Disease but on the flipside we provide food for birds that are nice to look at. As a tick you deserve your place in the ecology and don’t let people put you down.

“My message to other ticks is play Nothing’s Gonna Stop Us by Starship every day, first thing in the morning. Then go out with your head high and find a bulgy vein on a cat.”

Assad selects hole in which to be captured 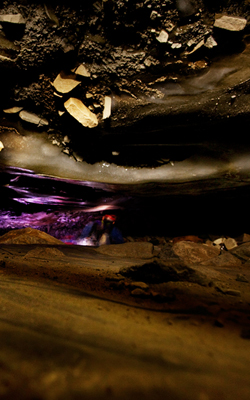 SYRIA’s President Assad has chosen the hole in the ground that he will be discovered hiding in this autumn, it has emerged.

In keeping with the trend for perilously unfashionable Middle Eastern leaders to retreat to a sort of burrow near their birthplace, Assad has purchased a well-appointed crater somewhere near Damascus.

A spokesman for the Bijou Desert Death Holes agency, which specialises in very temporary residences for the recently-deposed,  said: “Obviously we can’t reveal the exact whereabouts of the hole Assad has chosen to be dragged from, screaming and bearded, sometime in September, or October if he’s lucky.

“But we can say that the hole is roomy, largely rat-free, has a moss-coloured tarpaulin door and boasts a beautiful view of – ha! You almost had me there!

“The earthy subterranean residence comes furnished with a smattering of pathetic personal effects designed to give some retrospective sense of humanity – soap-on-a-rope, a picture of his wife, a copy of Razzle and a grab bag of Skittles.

“It is fitting that President Assad has chosen to meet his end like a man, albeit a homeless one. Keep checking Youtube throughout autumn for further details.”

He added: “Business is strong at the moment, we’re getting ‘final hole’ enquiries from all over the world, including Iran, and we’ve even taken a call from Francis Maude’s office.”

Pre-empting massive public demand, power points have been installed near to the hole where an angry baying mob can charge their cameraphones before storming it.

Syrian authorities are also understood to be providing a selection of blunt sticks with which Assad can be soundly beaten, as well as sharpened sticks which can be inserted into his anus.