Are you a 'Brexiter' or a 'Remainer'? Take our quiz 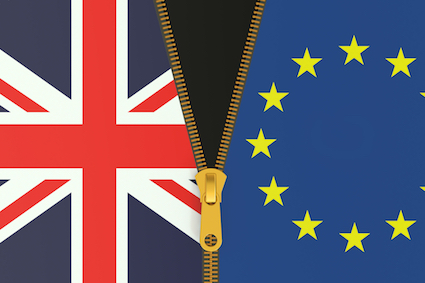 YOU probably don’t realise it, but many Britons hold views that mean they are ‘Brexiters’ or ‘Remainers – and it may even influence their vote!

But which are you? Find out in our fun quiz:

A) On the whole, yes. I had a lovely holiday in Italy last year, my employer’s German and I’m very keen on croissants.
B) It’s fine where it is, but I prefer Britain. We all talk the same language and there’s none of that funny food.

Do you think things were better in the past?
A) Probably not. Older people say so, but we all get nostalgic, don’t we? I like smartphones and streaming and all that stuff.
B) I’d say so, yes. There was more respect, our workers actually made things, and I think people were honestly happier.

How do you feel about immigrants?
A) Britain’s always been somewhere that welcomed others, from Jews to Jamaicans, and that’s how we should stay.
B) I do worry that their values aren’t the same as ours and they might change our culture for the worst. That’s not racist, is it?

Are you ready for the country to be split into two warring halves with friend fighting friend and brother battling brother with no possibility of consensus ever?
A) Well if it’s that or go along with a democratic verdict I don’t agree with, certainly.
B) If it means me getting my way? Yes.

MOSTLY As: You are a ‘Remainer’ who would prefer Britain to stay in the EU if possible, but failing that the single market, and if even that’s not happening there’s always the customs union. In this week’s election, consider voting anything but Conservative.

MOSTLY Bs: You are a ‘Brexiter’ – named after the word for Britain leaving the EU, ‘Brexit’ – and would like Britain to leave the EU as soon as possible. In this week’s election, you can vote Conservative or for the new ‘Brexit’ party.