Five manly coffee orders to prove that you're well hard

SO concerned about strangers judging your masculinity that even ordering coffee is a minefield? Worried a pumpkin spice latte could turn you gay? Order these:

No milk for you. It comes from female cows, not big tough bulls, and any association with females of any breed could make people doubt your potent masculinity. You take your coffee brooding, bitter, and uncompromising, like Jason Statham in the opening scenes of The Meg.

Regular coffee could never penetrate a man with your muscle mass. While the inevitable stomach troubles aren’t very macho, those hours in the loo are worth it just for the raised eyebrow of the barista through the take-out window, over her mask.

No red-blooded male takes his hot drinks anything less than molten. Some coffee shops will refuse to serve you anything that could result in a lengthy lawsuit, but if you take it straight back to the office of your one-man strategy consultancy and stick it in the microwave, you’ll hit the right level of scalding to make you wince.

Caffine? It’s alright if you can handle it mate. Knocking back a nitrogen-infused cold brew demonstrates to every passer-by that your resting heartrate is normally one per minute, like a crocodile, and you need to artificially boost your system just to interact in this world of lightweights and hummingbirds.

Demanding your local Starbucks guess what on their 50-item-long menu you might fancy takes balls. Nothing proves you’re full to the brim with testosterone than calmly and confidently holding up a massive queue for a filter coffee.

Diana twats the Queen with a corgi: how accurate is The Crown? 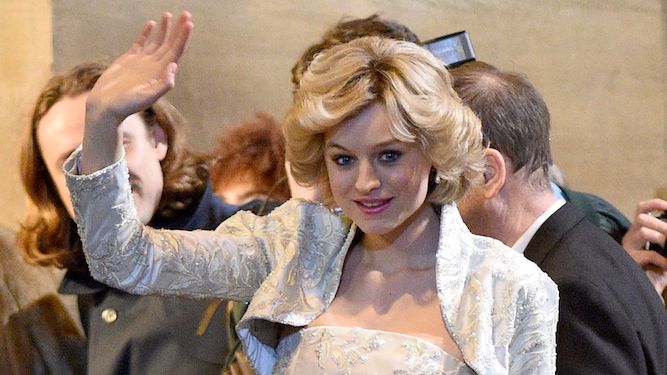 VIEWERS are questioning the veracity of Royal drama The Crown. These scenes may not be 100 per cent historically accurate:

Charles and Diana meet in a Wimpy

In the show Charles and Prince Andrew double-date Diana and Koo Stark in the Windsor branch of Wimpy. Andrew and Koo go to the toilets for a knee-trembler, forcing Charles to make awkward small talk about his ‘Bender in a Bun’. In reality, they met at a kestrel-shooting event.

Diana flips out and uses a corgi as a club

After overhearing the Queen talking about her on the downstairs extension, Diana follows her into Buckingham Palace car park. In the ensuing row Diana grabs a corgi by its hind legs and viciously beats the monarch to the ground with it. In reality, Diana was onstage at a Duran Duran concert on the night in question.

Mrs Thatcher chucks an unflushable turd out of a Balmoral window

In a socially awkward visit by the Thatchers to Balmoral, the panicked prime minister blocks the cludgie and has to remove the offending log with her bare hands before throwing it from a window. In reality, Balmoral is equipped with extra-powerful toilets to cope with the Royals’ habit of eating half a stag for lunch.

Buckingham Palace intruder Michael Fagan did indeed enter the Queen’s bedroom in 1982. But there is no official record of the pair having done mushrooms together, and in reality there was no passionate, lengthy sex scene.

Moved by the plight of starving Ethiopians, the Duke of Edinburgh calls Britain’s pop stars together for a global charity concert. However Philip did not perform a blistering keyboard solo with Ultravox and, in reality, Charles was not caught by his wife getting off with Sara out of Bananarama backstage.

Diana has a fling with Gerry Adams

After her divorce in 1996, a lonely Diana starts dating Sinn Fein leader Gerry Adams. There is no record of this relationship and a scene where Prince Charles threatens to ‘knock the Fenian bastard’s block off’ at a Sandringham garden party is artistic licence.