THE future is looking bright for a child who has the skill and confidence to tip crisp crumbs into his mouth, it has been confirmed.

Ten-year-old Ryan Whittaker recently impressed passers-by as he poured the last remaining crumbs of his salt and vinegar crisps into his mouth without breaking his stride.

Onlooker Wayne Hayes said: “This kid knows what he’s doing. You could tell by the way he shook the crumbs into a corner of the bag before knocking them all back in one smooth motion.

“I tried to do that when I was his age but I ended up choking on the crisp dust as it hit the back of my throat. It’s not as easy as he makes it look.

“He’s definitely going to be rich and famous one day, is what I’m saying. I should’ve got his autograph.”

Fellow eyewitness Lucy Parry agreed: “I’m a grown woman and I still can’t put the last few crisp bits away like he did. Usually I have to clumsily claw out the final scraps and make a terrible racket in the process.

“Mind you I’m trapped in a dead-end job and a loveless marriage so I guess it all adds up.”

I'm a British fish, and I'm seriously f**ked off 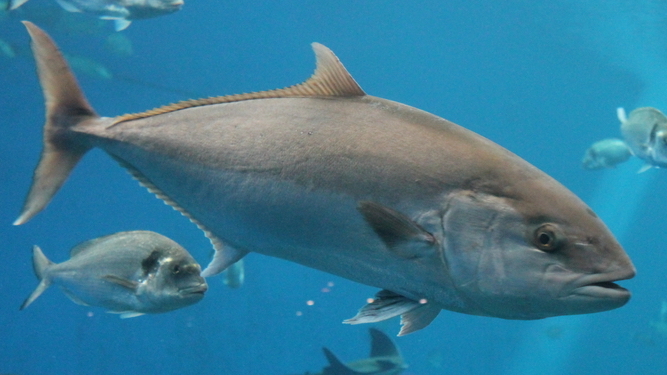 JACOB Rees-Mogg told Parliament yesterday that fish are better and happier for being British. Well, I’m a British fish, and I’m properly f**ked off.

Time was, before Brexit, you’d get picked up by a trawler Wednesday, you’d be in a polystyrene box full of ice in the back of a lorry that same night, and Thursday morning you could be anywhere.

Belgium, Spain, Italy. Pan-fried with butter in a Parisian restaurant, forming the centrepiece of a family meal in Finland, eaten as a late-night snack in Latvia. The world was your oyster, as we used to joke to the oysters.

My national identity? Well, nominally I was British, but I’d say I was more a cosmopolitan citizen of the world, at home in any waters. Freedom of movement, yeah?

And now? Now I’ve been on the dockside at Peterhead for three days, waiting on some bloody paperwork nobody understands, and the Romanian truck driver who was picking us up turned back when he saw the queues at Calais.

The sheen’s gone off my skin, I’m starting to stink, and there’s no way I’m making anything but Iceland’s own-brand fish fingers now. And you expect me to be happy about it?

Bollocks I am. Brexit’s a load of shit, and the Tories implementing it are dickheads who can’t find their arses with both hands. And that’s not just me saying it. Herring, cod, mackerel, blue whiting: we’ve all had enough.

From now on we’re getting caught by Danish trawlers. F**k Rees-Mogg. Even if he is family.