Estate agents: The unsung frontline heroes of the pandemic

THERE’S been much talk about the heroism of NHS workers during the pandemic. But why is there no clapping for those other brave frontline workers, estate agents?

I and my colleagues have been working tirelessly to help the nation with its buy-to-let, property speculation and gazumping needs. We don’t have the option of isolating at home, because someone’s got to be there with the keys.

While the pandemic rages it’s vital that key workers like us keep the UK property market overheated, London in particular.

It’s been estimated that if people like me were simply to stay at home, prices would plummet so low that you could buy a one-bedroom flat in Turnham Green for under £200,000.

And we’re not just helping the lucky young couples getting a home of their own thanks to taking most of their parents’ savings. A drop in property prices would cause more pain and anguish to homeowning Daily Mail readers than the death of a loved one from Covid.

We must also not forget the tireless work of other commission-based professionals, such as letting agents, doing the important work of extracting ludicrous rents from 20-somethings. Or recruitment agents, bravely herding them into jobs on 1980s wages.

I’m not asking for a medal. But you know what? It would be nice, just once a week, to hear the clanging of saucepans on doorsteps to say ‘thank you’ to us for sorting you out with a pokey, vastly overpriced terraced house.

What to do if you've been shafted by Brexit, by a Brexiter 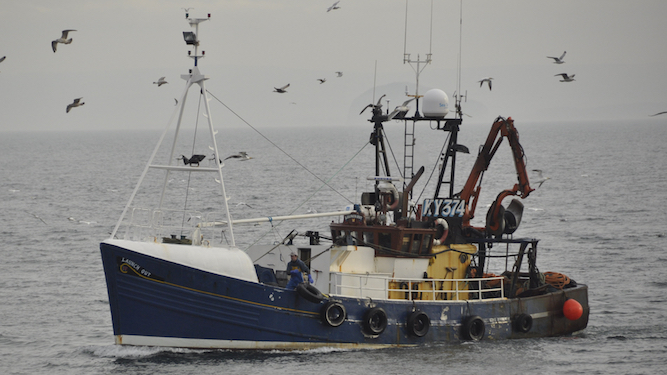 It’s pathetic to hear salty old sea dogs whining ‘We can’t sell this, we can’t sell that’. You’ve got a boat, so get a harpoon gun and some old plastic barrels – dirt cheap, I’d imagine – and get out there hunting sharks. The guy in Jaws made a living from it.

It’s not like anyone eats much fish anyway, apart from fish fingers, and I prefer sausages. You’d probably make more money renting your trawler out to other people – stick a tent on the back and it’d be perfect for a family boating holiday on the Norfolk Broads, while you sit at home counting the cash.

Sure, you’re stuck in lorry queues, but use the spare time to make money. Keep a laptop in your cab and make a fortune from Bitcoin or create a lucrative internet start-up. When you’re running your own Facebook, you can pay someone else to drive the lorry for you.

And don’t give me all this rubbish about getting your sandwiches confiscated. I saw a documentary about drug smugglers hiding great big bags of cocaine in their vehicles, so there’s no reason you can’t make a secret compartment for a tiny little ham sandwich.

Apparently you’re being hit by higher shipping costs and mountains of paperwork. So make something you won’t need to import components for, like wooden stools. There’s loads of trees in Britain. I can see one out of my window right now.

Better still, why not team up with one of these snowflake fishermen, load their trawler with your products and set off to foreign lands? You can sell directly to the locals and avoid red tape completely. It’s all so obvious to me. I can see why all the smart people voted for Brexit.