A MAN who was thrilled to be going for a drive-through McDonald’s was gutted to remember it is just so-so fast food.

Ryan Whittaker was counting the days until his local McDonald’s opened and leapt into his car for a mouthwatering burger feast to celebrate life gradually returning to normal.

He said: “I parked up to eat it, and that’s when I discovered my Big Mac was just a sad, squished bun containing a couple of burgers that didn’t taste particularly meaty.

“The plastic cheese completely bypassed my taste buds, and even the lettuce felt a bit synthetic. The secret sauce definitely wasn’t as amazing as I remembered. It’s just mayo and gherkins, really.

“Suddenly I remembered why I hadn’t had a McDonald’s for years, and began to weep tears of disappointment in my Ford Focus. But the fries were alright.”

Believing it would be a landmark occasion he would treasure for life, Logan splashed out on several sides, but admitted the Mozzarella Dippers were ‘actually quite gross’.

He added: “It was a kick in the teeth but I’m getting over it. I’m doing KFC tomorrow. There’s no chance that will turn out just to be cheap, greasy, unappetising chicken.” 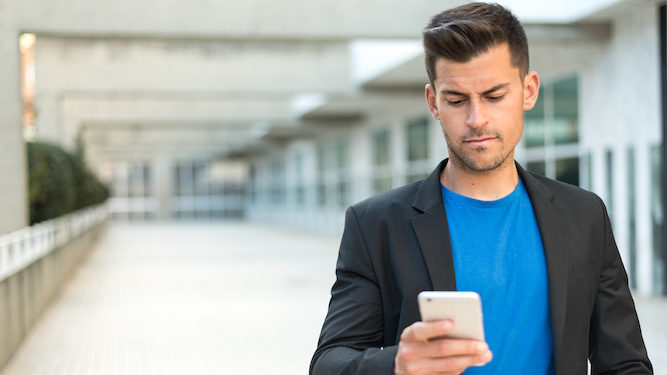 AN EX is worried he may have missed his chance to use a global crisis to sneak back into his former partner’s life, he has admitted.

Ex-boyfriend Tom Logan was hanging back until Emma Bradford’s lowest point ready to strike, but is concerned he has waited too long and her self-esteem may already be rising.

Tom Logan, aged 28, said: “What if Emma’s been able to emotionally move on? That simply cannot happen.

“I need her to be hanging off my every word over text, watching me come online and offline on Whatsapp, on tenterhooks about whether I’m going to text her.

“I was waiting for the perfect moment, but what if I’ve missed it? I’m petrified she might have had enough time now to work on her friendships and hobbies and career, and won’t be desperate enough to let me back.

“Tonight I’m sending a ‘hey how u holding up? x’ text to her to get the ball rolling. Fingers crossed she’s feeling fragile enough to reply.”

“If not? Well, there’s always the second wave in August.”