ONCE upon a time, pepper was pepper. Then gastropubs got their hands on it and now it’s cracked black pepper. Here’s some other things they’ve buggered up:

Salt’s as basic an ingredient as you can get, so it’s nowhere near gastropub standard without a poncy name. The upgrade is Cornish air-dried sea salt, even though the south coast of Cornwall is the English Channel and full of raw sewage.

Crockery’s too 20th century. No gastropub would stoop to it. Instead your spatchcock will be served on a plank, and you’ll spend the meal carefully herding food away from the edges while beaming broadly to indicate that’s fine.

No-one’s exactly sure what pulled pork actually is. It sounds vaguely like the chef’s sidled up to it in a nightclub and turned on the charm, but when it arrives at your table, it looks like it’s been through a wood chipper. But in a gastropub it’s the only pork you’re allowed, apart from pork that’s been aged for a dangerously long time.

Artisanal cheese is the secret to a gastropub burger, that and artisanal Kansas City sesame buns, and candied bacon, and Hereford ground chuck. Basically adjectives about and skewer your burger and you too can turn out a gastropub-quality meal.

Buggering about with a service station classic by adding pepper to the sausage meat, wild Norfolk garlic to the breadcrumbs and leaving the yolk runny means that it now costs £12 and has to be eaten with a knife and fork. And it’s a Caledonian egg.

Massive pie with everything thrown in

To spend an entire meal dubiously chewing items of unknown provenance go for the signature pie. It says it’s free-range chicken and smoked German bacon, but they’ve also thrown in tarragon, capers, peppers, garlic, braised beef, speck and the chef’s signature gravy. ‘What the f**k was that?’ you’ll still be asking days later.

How to pretend you've seen The Sopranos 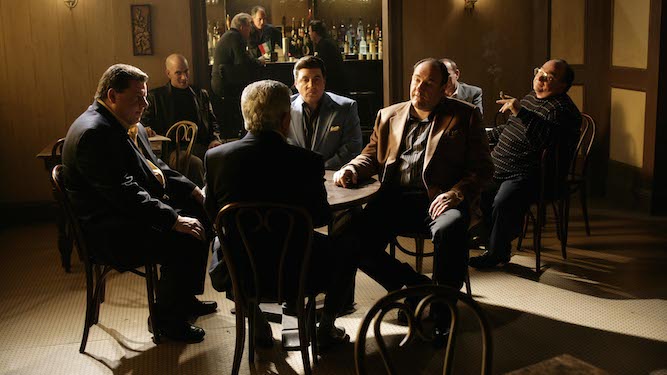 WITH the prequel hitting cinemas, there’s never been a more crucial time to claim you’ve seen The Sopranos. Here’s how:

The Sopranos lasts 100 hours and, like Deadwood and the rest, probably isn’t that good. Why not read episodes breakdowns in the office instead? Pro-tip: 95 per cent of Sopranos conversations appear to be about Pine Barrens, so watch that one on 2x speed while you’re reading.

Moving the conversation towards other elite dramas allows the other person to say ‘Yeah but what about when Tony killed that guy while wearing a dressing gown’ while you counter with classic scenes from Breaking Bad or The Wire. And you don’t have to have seen them, either. You wish they’d bring back Take Me Out though.

Have a punt on some character names

The Sopranos has a rich well of character names eg Paulie Walnuts, Artie Bucco and ‘Big Pussy’ Bonpensiero. So if lost in chat throw in some random names, see if they stick, and watch fans nod along pretending to remember Giuseppe Gorgonzola, Bobby Calcio or ‘Eyebrows’ Esposito.

Bang on about the ending

The final scene of the show was apparently controversial? If about to get rumbled, ask what everyone thought of it and agree. It could be Carmela waking up to find Tony in the shower because it was a dream for all you know, but style it out.

Throw in some Italian

The colourful language and phrasing of The Sopranos really builds the show’s world, probably, you haven’t seen it. Drop in some goomba slang and fans will leap to pretend to be Mafiosi because really that’s why they watch it. What have you got to lose, ya gavone?