DRINKERS are furious about being unable to predict the severity of their hangovers.

Alcohol fans, especially those over the age of 30, complained of feeling the same ill effects after two pints that they would ordinarily expect from eight.

Plumber Tom Logan said: “Some week nights I can have four pints and feel vaguely alright the following day, however yesterday I had two small glasses of white wine and today I’m incapable of holding a spanner.

“Surely this level of variation is at odds with the laws of science? Or is it explained by the so-called ‘crisps theory’, where you feel less shit if you eat some crisps?”

Office worker Emma Bradford said: “Today I had no hangover until 4pm, when suddenly my eyes started to throb and I felt consumed by ennui.

“It’s like they can strike at any time. If I get smashed on Friday, might I escape the ill effects until a cold March day in 2028?”

Professor Henry Brubaker of the Institute for Studies said: “It seems that hangover severity is linked to the chaos theory rather that alcohol volume.

“If a butterfly flaps its wings in Africa, it sets off a complex causal chain that results in a pint of piss-weak Australian lager giving you a frontal lobe meltdown.” 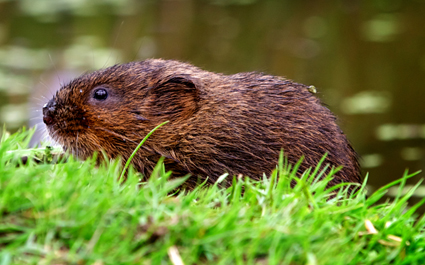 ENDANGERED water voles have designed a revised food chain where nothing eats them.

The semi-aquatic mammals, currently fending off extinction in Scotland, believe the food chain would work much better if herons, owls, pikes and mink all ate each other.

Water vole Emma Bradford said: If you look at the existing food chain, theres a fuck of a lot of big black arrows pointing towards water vole.

Even owls eat us. Since when did owls even go near water?

Somewhere along the line, things got messed up. We are a poor source of protein, with our leathery meat and greasy coats that cause indigestion.

A mink, on the other hand, makes a delicious snack or main meal for a heron, while a pike would keep a hawk going for a whole day and tastes surprisingly like trout.

“All we’re asking is for someone to get the master copy of the food chain and go over it with a black marker pen.”