THE war on blackheads will soon be won by Britain’s men, thanks to Clinique’s Nuclear Face Holocaust range.

“None of those we asked could tell us what Clinique Pore Refiner was for, while only half would recommend it to a friend. So now we’ve called it Hiroshima Death Blast Lotion.”

Cook added: “Man has seen what Ebola can do to his insides but he’s never stopped dreaming of the day he could do the same thing to his face.

“And once man has defeated his own face his attention will inevitably turn to the sun.

“The SPF8 in the new Van Damme Damn Man Tan will allow the average man  to get within 16 feet of its surface. From here, he can easily trounce it with a series of devastating roundhouse kicks.

“As King Leonidas said in the movie 300, ‘This war will not be won until the blackheads of Xerxes have been ripped clean off his spineless Persian face.’ And men should trust Leonidas, not just because he was a legendary military strategist but because being from the Aegean, he was prone to visible pores.” 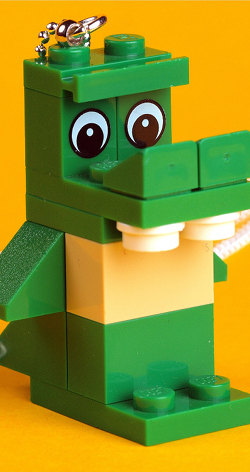 PEOPLE who goad crocodiles for 30 minutes a day tend to weigh less than those who do not, according to new research.

The Institute for Studies found that being near crocodiles regularly resulted in a healthier body mass index than an occasional ‘crocodile binge’.

Professor Henry Brubaker said: “One of our subjects went from 16 stone to under 12 stone after just nine daily teasings.

“At that point his willpower started to fade so we used a hoist to lower his wheelchair into the enclosure.

“His weight loss then slowed down to roughly one finger a day. The crocodiles seem to find the chair a bit fiddly.”

Professor Brubaker said early results show the the same effect can be achieved with sharks, tigers and a pack of Alaskan timber wolves.

He added: “People who binge on crocodile goading often goad the crocodile when it’s resting or full.

“The key is to combine short regular bursts of goading with a massive carnivore who is incredibly hungry.”

Helen Archer, who used to goad crocodiles for six hours once a month, said: “Either I’d had a bad day at work or had been dumped by some bastard and my immediate response would be to put on my PJs,  grab a stick and poke a crocodile in the face.

“Now I goad crocodiles every day, I’m full of energy and have one of those crazy looking metal blades instead of my right leg.”