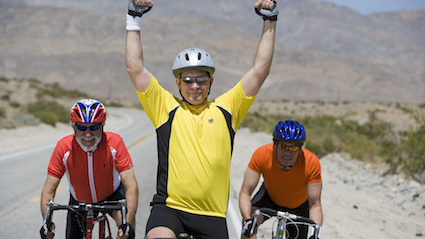 THE news that cycling cuts the risk of cancer by half has given cyclists another reason to be insufferably smug, it has emerged.

Though little encouragement is needed for cyclists to act holier-than-thou attitude about their method of getting from A to B, a study by Glasgow University has enabled yet more self-congratulation.

“Far from just being a basic means of transport, riding a bike now cures cancer, prevents heart disease, boosts you to the very top of the moral high ground and I wouldn’t be surprised if I can’t heal with my touch.

“I shouldn’t think this counts for all cyclists. The casuals who rate Bradley Wiggins and think you can cycle in just, like, jeans and trainers will still get cancer. They’re not even interested in my £600 Rohloff gear hubs.

“But those of us who ride along single-track country roads two abreast wearing Lycra covered in logos will definitely be too holy to be touched from disease.

My government is a weak, unstable, leaderless rabble, says May in interview slip 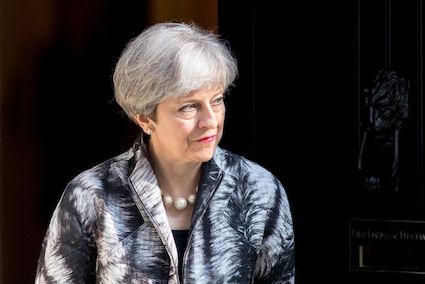 THERESA May has accidentally contradicted her ‘strong, stable, leadership’ electoral message in a live interview.

The prime minister was speaking to Magic FM when she inadvertently said that her party was on the verge of collapse because of her utterly inept command of it, before correcting herself.

Political analyst Helen Archer said: “This slip was very much off-message for the Conservatives, and that could damage them.

“When everyone’s out there pushing the strong, stable leadership line, May stating her cabinet team run about like headless chickens not listening to a word she says is telling, even if she did later clarify it was a mistake.

“Put together with last month’s slip about wanting ‘the worst possible deal for Britain’ in Brexit negotiations, and you can see why she’s avoiding a leadership debate.

“Still, with her poll lead she’ll probably get away with it.”

In a later interview with Southampton’s The Breeze FM, the prime minister said she offered strong, stable leadership “like the iron hoof of Satan himself” before apologising for her misstatement.