Don't Panic But You Are Going To Die

PEOPLE across the world have been urged not to panic as experts warned that most of you would be dead by the end of this sentence.

As pork flu swept across the globe governments sought to calm fears by ordering 400 million coffins, while media organisations offered a reward to any scientist prepared to use the word 'holocaust'.

In the UK, experts stressed there was no risk from pork products before urging Britain's army of morons to round-up all the sausages they could find and throw them into the sea.

Professor Henry Brubaker, of the Institute for Studies, said: "There's nothing to worry about but this is definitely worse than four simultaneous nuclear wars and a dinosaur invasion."

Governments have called on media organisations to work together in the face of what one official described as 'a nice, big, fat panic'.

Professor Brubaker added: "The world is paying the inevitable price for years of unprotected pig sex.

"It's no surprise this started in a devoutly Catholic country where everyone follows the Pope's instructions to the letter, especially the pig molesters.

"Pig sex, chicken sex, monkey sex – eventually they all come back and bite us on the arse. But not goat sex, that still seems to be fine."

Meanwhile the editor of Daily Mail was last night under observation in a central London hospital after suffering what witnesses say was a 'cataclysmic ejaculation'.

A source said: "He got more and more engorged as the details came in and then, when we got the Brubaker quotes, he went all cross-eyed, fell backwards off his chair and his trousers exploded. There was spunk everywhere." 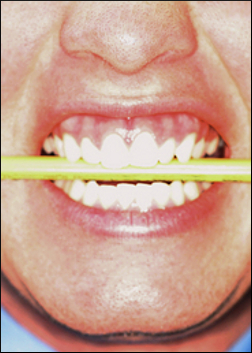 IPSWICH Town yesterday unveiled Roy Keane as their new manager but stressed they would be keeping a large butterfly net to hand, just in case.

Chief executive Simon Clegg said that while he expected Keane to bring silverware to Portman Road the club also had a responsibility to ensure they could catch him as quickly as possible.

He added: "The net is the safest method, but if he manages to outrun his carers then we are prepared to bring him down with a tranquiliser dart and then secure him to a wooden plank using strong leather bindings."

Much of the club's offices and training facilities have been padded in anticipation of the appointment, while a treatment room has been refurbished to accommodate Keane's electro-shock paraphernalia.

Keane told a press conference that Ipswich was a great club with a proud history that had always punched above its weight and said he was looking forward to taking his first training session just as soon as the 40ft high chicken had been removed from the centre circle.

The Manchester United legend also claimed none of his former team mates had so far made a success of management, while only a handful had harnessed the power to make themselves invisible.

Keane said that Mark Hughes had done better at Blackburn than Manchester City before insisting repeatedly that Steve Bruce does not exist.

He added: "I have the support of the owner who understands that it's very important for me to able to buy any player I want and then experiment on him in my underground laboratory."