A HANGOVER which began early on Saturday morning is showing no signs of going anywhere late into Sunday.

The hangover, which began at 5AM on Saturday when mechanic Wayne Hayes stumbled out of bed to urinate, was expected to depart later that day but has instead taken up a more permanent residence.

Hayes said: “I tried to sleep it off. I’ve tried absorbing it with carbs. I watched an entire black-and-white film about WWII frogmen with the curtains drawn.

“By 5pm on Saturday, as I lay shivering on the settee unable to cope with Final Score with the volume off, I accepted I’d have to write off the day and make a fresh start tomorrow.

“But when I woke this morning, my stomach aching from the poison, that dull ache behind my eyes still flaring whenever it sees sunlight, I realised that this one was a two-part epic on the scale of the Godfather films.”

All plans to leave the house abandoned, Hayes plans to treat his hangover to regular doses of extra-strength paracetamol, a six-pack of pickled onion Monster Munch and plenty of fizzy drinks.

He said: “My mistake was trying to get rid of the hangover. I’ve moved on from that now.

“This is the hangover’s weekend. I’m just a passenger.”

Scotland celebrates anniversary of nothing happening 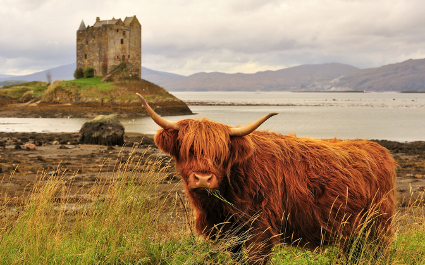 SCOTLAND is today celebrating one year since absolutely nothing happened and everything stayed exactly the same.

The independence vote, which seemed historic at the time but had less effect on Scottish life than the 2010 cancellation of Taggart, took place on this date in 2014, not that it matters.

Riveter Bill McKay of Glasgow said: “Incredible that we’re a full 365 days away from the vote, though in fairness last week we were also one year on from absolutely fuck all happening and I didn’t commemorate that.

“It’s nice to see the Sturgeon lass celebrating with the same empty threats she was making a year ago, though of course today they’re empty in a more poignant way.”

SNP leader Nicola Sturgeon said: “The excitement on the streets, a younger generation engaged with politics for the first time, the highest recorded voter turnout since 1918, and here we are still ruled by the Tories from London.

“And of course we must not forget The Vow, in which the leaders of all three major British political parties promised Scotland a load of stuff that they have laughingly failed to deliver.

“Truly the Indyref will go down in history as one of the greatest Scottish capitulations of all time, alongside Glencoe and the group games of Euro ’96.”