How are you spunking away the last days of humanity?

THE coronavirus will soon reduce humanity to a tattered handful of survivors. But how will you waste your final days?

What better distraction, as carts collect the dead and civilisation gasps its last, than hunks and babes in a Cape Town villa making sweet love to each other as the bell tolls? The last couple on Love Island might be the last on Earth. And worthy winners.

You’ve been waiting for this moment all your life. Hoard food, build a roadblock on your street, get your crossbow out and weld spikes to your 2012 Kia Sportage. Then die because someone coughed on you while you were buying three pallets of tinned tuna at Makro.

Arguing about whose fault it is

There’s no need to abandon division and hatred just because we’re all going to end up in the same plague pit. Get out there and blame Corbyn, the Tories, Trump, millennial snowflakes, angry old racists, immigrants, the EU, JK Rowling or whoever else you don’t like. Die angry.

Daniel Defoe wrote A Journal of the Plague Year, so why shouldn’t you follow in his footsteps by live-tweeting your symptoms to your 112 followers? Take regular selfies, start hashtags and get retweeted by a dying Piers Morgan. Result.

Those few with a natural immunity to the coronavirus will have to reconstruct human society from what remains. First agriculture, then the basics of science, but after that they’ll want to rebuild our rich culture using big-headed vinyl dolls. And you have the shiny Ghost Rider.

Messing about on your phone

Be true to yourself and die as you lived; killing time messing around on your phone while idly thinking that really you should do something but you’re not sure what. Die leaving your final game of Candy Crush Saga unfinished.

F**k fishing quotas: what Britain really cares about in the UK-EU trade deal 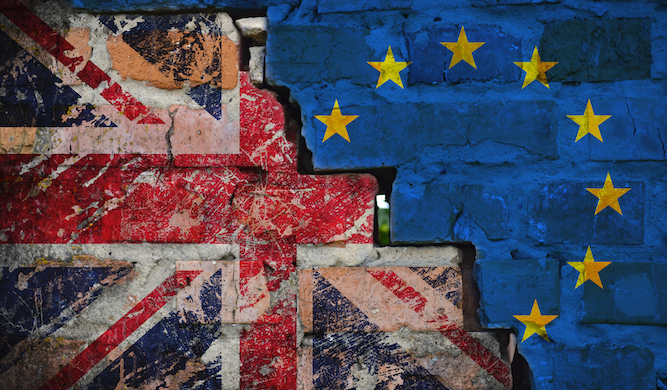 THE UK is leaving the EU and we have less time to broker a trade deal than to finish the contract for the gym you’ve stopped going to. Here’s what our negotiators must prioritise:

Scotland claims to do skiing, but it’s crap. What Britons need is guaranteed right-of-access to the Alps, the Pyrenees and the Carpathians. How can we be middle-class without skiing, snowboarding and après ski? Johnson should call it a ‘social mobility necessity’.

The gin distilleries and microbreweries of Peckham can’t satisfy Britain’s thirst for alcohol. Parties don’t get wild until someone brings out some really strong shit from Estonia. If we don’t have plentiful imports of meth-like spirits with names like Slivic, a new wave of Baltic sea pirates will convert P&O ferries into floating speakeasies.

An export rather than an import, the EU must agree to take 30 per cent of our City wankers per annum or there’s no deal. Amsterdam and Frankfurt will be ruined but that’s their problem, much as it will be when we ship all our hipsters to Berlin.

Without cheap European beach breaks there will be nowhere for Brits to have humiliating formative experiences. Negotiators must keep our teenage trips to Magaluf where we get so sunburnt and drunk that we puke on Jay from Southend who still gets off with us regardless.

EU countries must be legally compelled to vote for the British entry in Eurovision. The morale boost to our divided country would do more than any stupid 50p. The UK would unite, waving Union Jacks and feeling unrestrainedly superior like on good old D-Day.