The key piece of paper was last recorded in the pocket of a senior civil servant's spare trousers. However, it is now believed his housekeeper has put the chinos into a washing machine with the receipt still in the pocket, reducing it to a hard, lumpy, white blob.

Ministers have been warned to keep receipts for £50 million and over after impulse-buying a new NHS computer system that doesn't seem to work as well as it did in the shop.

Health Secretary Andy Burnham said: "Since the announcement that everyone isn't going to definitely die we have moved quickly to ensure that we are partially reimbursed for any surplus drugs, or at least get a credit note or some kind of gift voucher.

"We're not totally sure where the vaccine receipt is but it will definitely turn up. I've got my wife looking for it and she's like a truffle pig when it comes to finding my keys or whatever, you wouldn't believe it."

He added: "On the down side, we've wasted about 350 truckloads of public money on the pharmaceutical equivalent of a Sinclair C5. On the up side, Biblical plague cancelled plus the weather's really starting to pick up, isn't it?"

A health department insider said: 'I've been through the plastic folder that we keep all our bits and bobs in and it's definitely not there.

"I think we may have to just take the vaccines back and say we've lost it. Let's hope they'll be all nice and John Lewis about it. Thank fuck we didn't buy them from PC World."

The insider added: "Failing that we could take them to a car boot sale, although that would mean having to get up at stupid o'clock and standing next to a smelly man selling hard-core Bulgarian pornography and tube socks. Not sure I fancy that." 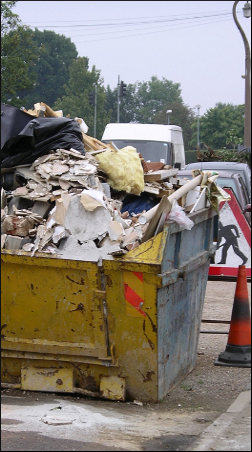 GORDON Brown will once again focus Labour's election campaign on national insurance after being deafened by the collapse of his own argument.

Mr Brown's advisers had urged him not to return to the issue, but the prime minister just nodded and smiled and said their voices had gone all dull and fuzzy.

The argument has been collapsing in stages since last week with the final section crashing to the ground in a massive cloud of dust and bits during the Today programme, just after eight o'clock this morning.

Radio Four listener Tom Logan said: "I was spooning some mephedrone into my tea and listening to John Humphrys being a shit, when all of sudden there was this huge, violent noise.

"It was so loud I thought it must be coming from outside, but then I realised it was the last part of the prime minister's argument on national insurance smashing into the ground like it had been kicked over by a giant toddler.

"I do hope no-one was hurt apart from John Humphrys."

Within minutes of the argument toppling over, Guardian editor Peter Mandelson was seen scrabbling over the smoking rubble and attempting to rebuild it while mumbling, 'employers know nothing about employing people' over and over again.

Meanwhile Wayne Hayes, some arsehole from Stevenage, said: "I have been trying like a bastard to get my head round this idea that a national insurance cut will take money out of the economy.

"So I started to think really hard about what the economy is and I came to the conclusion that it's actually me and everyone else. Together we are 'the economy'. D'you see?

"So if the government gives money back to me that means the money is going into the economy not out of it. The money just goes from one place to another, it doesn't disappear – unless of course I put it all on some piece of shit horse and then lose it, which I probably will because I'm such an arsehole.

"But that's still okay because then the bookie gets the money and now he can spend it on things – though knowing him it'll just be loads of booze and whores – but even then the brewery and the skank will have the money.

"So the money still exists, in the economy, it's just that it's gone from me to a bookie to a skank.

"I worked that out all by myself, by the way."