JEREMY Hunt has paid £44,000 for a shower room in his office after employing the same plumber who installed the NHS computer system.

The health secretary hired Wayne Hayes, from Peterborough, after Hayes charged the NHS £2.3bn for a computer system that does not work and is never going to.

Hayes said: “I am a very bad plumber and an even worse IT consultant. But I always say to people ‘what’s the difference between installing a toilet and installing an IT system?’.

“And then they explain it to me.

“Anyway, I was not remotely surprised when Jeremy asked me to install a bad shower room in his office for no less than forty grand.

“At first the shower and toilet were in the middle of the office, but then we decided to build a wall around them. It doesn’t work very well, but that’s why its so expensive.”

‘Sharting’ to be renamed ‘Faraging’ 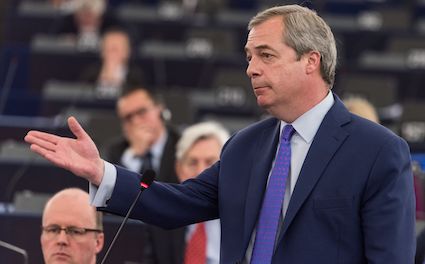 ‘SHARTING’ is to be renamed ‘Faraging’ in honour of the former UKIP leader, it has been confirmed.

Officials said Nigel Farage has come to epitomise the act – in which people accidentally shit themselves while trying to fart – and that naming it after him ‘would be better than a peerage’.

A spokesman for the Oxford English Dictionary explained: “Look at any transcript of his speeches – you know it’s going to be unpleasant, but it is always so much more disgusting and stomach-turning than you could have imagined.”

He added: “I actually Faraged last week after some dodgy quinoa.”

Experts also drew attention to the parallels between the UK essentially soiling itself by letting the former UKIP leader’s xenophobic rhetoric lead to the country’s oh-god-we-really-shit-the-bed-here-guys Brexit vote.