It's just a cold, says colleague coughing all over the office

A MAN says his colleagues do not need to worry about him coughing in their faces, because it is just a cold and not Covid.

Julian Cook was surprised when people started backing away from him after finding out he was ill, and yet had come to work not wearing a mask and started blowing his nose over the photocopier.

Cook said: “They were treating me like I had the plague or something. I know there has just been a two-year long pandemic that has destroyed the health and livelihoods of millions but, honestly, chill out everyone.

“I won’t wear a mask because they only stop you spreading Covid, but a cold’s not Covid. And yes, that is a scientific fact. I watched a video about it on Facebook.”

Joseph Turner, who works with Mr Cook and caught his cold said: “The guy is an idiot. In the old days you were expected to still turn up at work if you were half dead with flu.

“Now you can get a week off if you’ve got a little sniffle and a picture of a positive lateral flow test that your cousin Dave sent you. It’s brilliant.”

Piercing blue eyes, and other romance cliches that sound sexy, but aren't 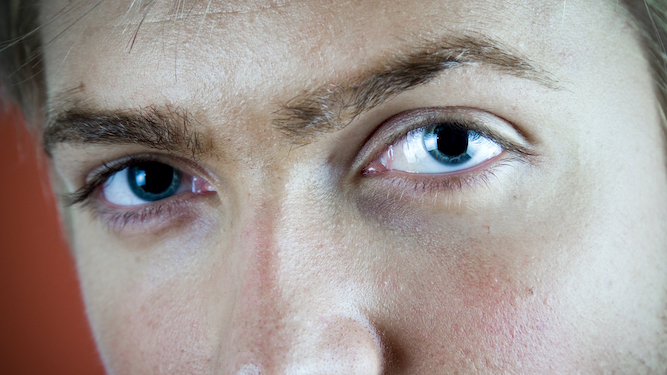 ROMANCE novels contain descriptions that are good on the page but would be horrifying in real life. Here are six descriptors you don’t want to encounter:

‘Piercing’ eyes? What are they, one of the Midwich Cuckoos?  Unless it’s Paul Hollywood staring over a pie crust, no-one wants to gaze into a set of peepers that look like they can see inside your brain and read your thoughts.

Once you’ve got past the terrifying gaze of your lover, it’s time to smooch them. Never mind that they seem to be having a severe allergic reaction to the blood-red lipstick they’re wearing and they need to be quickly rushed to a hospital. You’re in love!

If your breasts are causing you to experience this much physical exertion, it’s time to invest in a better bra, love. ‘Heaving’ just brings to mind some old bloke trying to pick up a bale of hay or throw an oil drum over a wall.

First, let’s imagine it makes perfect sense that some 17th-century Duke would have the sculpted physique of a bodybuilder. Now, let’s pretend he’d have any time left over from the constant working out necessary to maintain them to romance you. He would be insanely boring and you’d be stuck making his olde worlde protein shakes.

Why would you want to get down and dirty with someone who has all the pigmentation of a corpse? You’d be constantly worrying they were suffering from low iron and needed a pint of Guinness and a steak, rather than a shag. Matched with the rock-hard abs you’re essentially screwing a statue.

What else do you describe as throbbing? Maybe a headache or a toe you’ve just banged against table leg. Anyway, it all sounds a bit too painful for him to do any ravishing right now, and he should sit down quietly and read a book instead.