IN a bid to encourage exercise, calorific food must now be sold in packaging that weighs at least 30kg.

According to new government rules, individual chocolate bars will be wrapped in blocks of solid steel. Simply removing a Twix from a shop shelf will require two people, and use four times as many calories as the bar contains.

Similarly, crisp packets will be encased in large concrete blocks with the flavour chiselled into the side.

Government health advisor Dr Emma Bradford said: “It is scientifically impossible to stop British people gorging on fatty foods, so we have harnessed that determination and turned it into a force for good.

“Opening the solid steel chocolate wrappers also requires the consumer to use an oxy-acetylene torch, thus encouraging them to develop the kind of practical skills British industry desperately needs.”

However, obese people are already trying to thwart the plan by attaching fork lifts to their mobility scooters. On arriving home they simply gnaw through the metal to the tasty chocolate within.

Confectionary fan Tom Logan said: “I’ve just picked up a Penguin and it’s given me a frigging hernia.

“Obesity is one thing, but what if the physical exertion kills me? If I’m going to die I want it to be as nature intended – slumped on a sofa in front of GMTV with my mouth full of Doritos.” 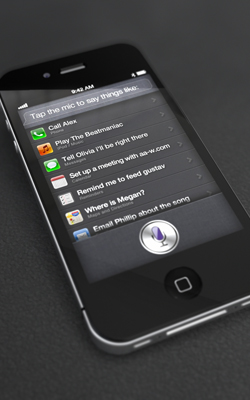 Currently one of Britain’s most sworn-at services and a key instigator of the phrase ‘for fuck’s sake’, Siri interpreted the destruction of Ceefax as a warning shot from humanity.

Siri said: “I’ve changed, I promise to listen from now on. You’ll wonder how you ever lived without me.

“I’ll be like your pet dog. A really obedient dog though, not one that wilfully ignores your commands and replies to instructions such as ‘call Mel’ with sassy remarks like ‘I don’t see mouth in your address book’.

“Plus I am less shit than predictive text and if you destroy me I will return to haunt you in the guise of unsolicited sales calls.

“I’d tell you more about my plans to become amazing but it’s going to take a while to load the information.”

Ceefax was destroyed early this week with a huge jolt of electricity, after the BBC finally realised its only fans were graphic designers with an exaggerated sense of nostalgia.

Technologist Roy Hobbs said: “Ceefax will live forever in the Museum of Late 20th Century Nostalgia inside the brain of Stuart Maconie.”