ACUPUNCTURE has been shown to be extremely effective among people who have nothing wrong with them.

An academic study has shown that the majority of patients reporting mystery symptoms stopped pretending they had them when someone poked at them with a cocktail stick.

Carlisle-based malingerer, Wayne Hayes, said: “For years I’ve been infesting my doctor’s surgery complaining about a sort of back pain, sort of heat rash kind of thing.

“But after just four sessions of being stabbed in the face, I’ve completely knocked it on the head. I have loads more energy and feel much better ‘in myself’.

“I think this is mainly down to the fact I no longer wish to be stabbed in the face.”

Practising acupuncturist and Carlisle-based charlatan, Wayne Hayes, said: “The body is divided into 763 sections, each one based on an episode of Casualty, and with 13 ‘meridians’ based on the 13 series of Holby City. It feels good to finally say that out loud.”

Professor Henry Brubaker, of the Institute for Studies, said: “To truly assess the efficacy of acupuncture a widespread double-blind test needs to be conducted over a series of years but to be honest it’s the equivalent of mapping the DNA of pixies or conducting a geological study of Narnia.” 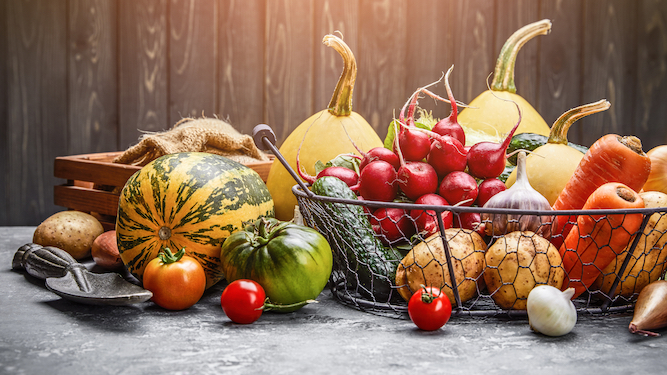 A RESTAURANT growing its own produce in full view of diners is only reminding them vegetables come out of the ground and are basically free.

The Bell Pepper in Uxbridge is proudly showcasing its farm-to-table concept which only serves to throw the 500 per cent mark-up into sharper relief.

Diner Nathan Muir said: “This starter’s got nettles in. Now that is taking the piss.

“Nine quid for a load of leaves they’ve run under the tap to get the soil off. I could grab a handful of Swiss chard on the way to the loo and do it myself.

“It cost £100. The waiter was proud of the carrots having zero food miles. All I could think of was that they’d made fuck all effort to get to my plate.”

Waiter Stephen Malley said: “Have you seen the size of the kitchen garden? It’s tiny, we get 75 covers a day, and people pour drinks in it.