Man goes to doctor instead of looking it up on internet 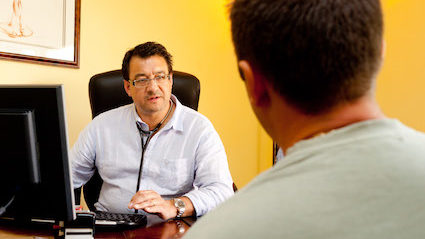 A MAN who thinks he is unwell has gone to the doctor instead of typing his symptoms into Google.

Tom Logan decided that this time the weird pain in the right hand side of his torso should be diagnosed by a professional so that it could be treated, possibly with medicine.

Logan said: “As a man in his mid-forties, I suffer from relentless, raging hypochondria.

“Anyway, this time I decided to actually inflict my hypochondria on my GP – mainly because he thinks he’s better than me just because he did an extra year at university. I hate him.”

Logan added “It has been an unusual experience. The examination, the diagnosis and the prescription all do seem to be significantly more effective and reassuring than spending six hours on Google and then buying some manky herbal tea and a fresh artichoke.

“That said, I probably won’t do it again.” 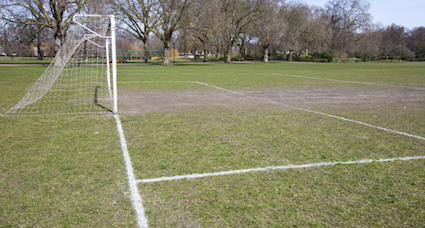 IF you want to see two grown men fight about something pathetic, go to a children’s Sunday league football match, experts have confirmed.

The Institute of Studies found that children’s football matches had surpassed pubs and clubs on a Saturday night as the place to experience a proper British barney.

Sunday league football dad, Martin Bishop said: “I just want my son to have the football career that I definitely deserved.

“So if some other kid puts in a bad tackle and risks that, then it goes without saying that I have to punch his dad in retaliation.

“Or his uncle. Or his older brother. Or his mum’s boyfriend who’s just trying his best to show the kid he cares by coming to watch him play football.”

The Institute’s Professor Henry Brubaker added: “This is probably symbolic of something or other. Work it out for yourselves.”