A MAN who adopted a ‘clean living’ lifestyle is now getting ‘high’ on being incredibly sanctimonious.

Nathan Muir, 32, quit alcohol and tobacco at New Year but found the only thing that replicates the warm, fuzzy feeling of a large glass of red wine is making judgements about other people’s drinking habits.

Muir said: “At first it was great because I was high from feeling so holier-than-thou, but that soon started to fade.

“People stopped giving a shit that I’d given up booze and fags and started looking annoyed when I talked about how revitalised I felt.

“Then, after they’d all had made a cursory attempt at not drinking so much in January, they all got right back on it from February and were having a whale of a time getting twatted every weekend.

“Meanwhile I’m getting ‘twatted’ on the joy that comes from making patronising comments and quoting statistics from terrifying health studies.

“I’ll have the last laugh when they’re keeling over from liver failure. As long as I haven’t died from boredom.” 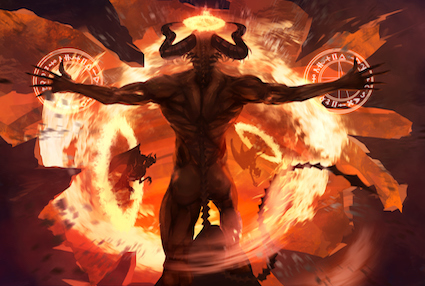 THE handshake between Donald Trump and Vladimir Putin has summoned the Devil, as experts predicted.

Beelzebub, also known as Lucifer or Satan, appeared in our mortal plane as soon as the two men’s skin came into contact at the G20 meeting in Hamburg.

Professor Henry Brubaker, of the Institute for Studies, said: “We published a research paper on this last year entitled A Comparative Study of Scenarios for Summoning the Lord of Darkness from the Pits of Hell.

“It was all in there, so perhaps you should maybe have read it?”

Beelzebub said: “I was summoned so I assume I’m needed? Is it the End Times? Or is it just the Dominion of the Seven Goats?

“If not then this has been kind of a waste of my time. I’ve quite a lot of shit going on the moment and I need to get back to it.

“If they are going to meet again can you ask them to wear gloves.”