Massage is the most stressful experience

MASSAGES are the opposite of soothing, it has emerged.

Studies show that levels of the stress hormone cortisol increase by up to 400% when the subject is covered in oil then pummeled.

Professor Henry Brubaker of the Institute for Studies said “Having a massage is more worrying than being falsely accused of murder.

“You are half-stripped and helpless while a stranger with immense upper body strength hurts you. It’s bullying set to new age music.”

Swimming instructor Denys Finch Hatton said: “I’ve only ever had one massage, and I was so nervous that I sweated off all the unguents that were being applied to me.

“I had no idea what to do with my hands. Or my face. Or anything.

“I was frightened to enjoy it too much and be mistaken for a pervert, but I didn’t want to be rude so I talked about the migration habits of birds of prey. For 50 minutes.”

Masseuse Joanna Kramer said “I love my job. It’s the perfect profession for a committed sadist.

“Everything you fear is true. We think your pallid back is weird and disgusting, like a hairy lunar surface.

“Clearly your ‘stiff shoulder’ isn’t going to be cured by having being bent at an impossible angle. The real objective is to make you yelp like a snared rabbit.” 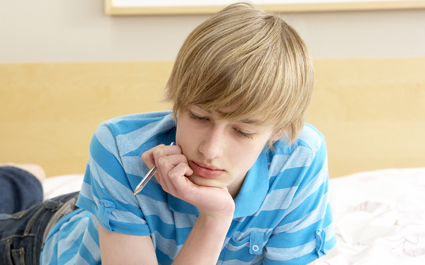 14-YEAR-OLD Tom Logan is struggling to articulate his penis-based feelings in a Valentine’s card.

Logan said: “The girl I like is in the sixth form, so as an older sophisticated lady I thought she’d appreciate a well-crafted piece of romantic verse.

“We did Coleridge and Keats in English so I know about poetry.

“In fact I was channeling Wordsworth when I wrote the opening line about how ‘Your twilight eyes give me a boner’.

“But I can’t think how to follow it except ‘But I am a weird loner’ which feels wrong.