Meanwhile, more than 2,000 armies have pumped out Staines.

Red alert weather science confirmed Britain is now entirely abandoned to a whole month of severe in less than hours.

A Cobra said: “Unparallel the havoc! Battleground the levels!” 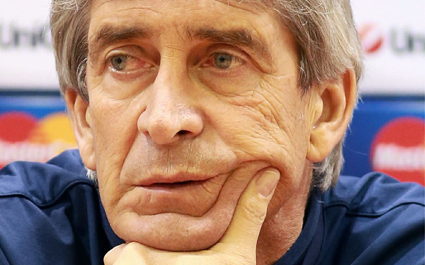 MANUEL Pellegrini has warned Premier League rivals that sooner or later his side will start taking the competition seriously again.

After a half-arsed performance against Chelsea saw them lose 1-0, groundstaff at the Etihad Stadium couldnt even be bothered to prepare the pitch properly for last nights clash with Sunderland, which had to be called off.

Pellegrini, looking as ever like a kindly but relentless gumshoe in a seventies police procedural, acknowledged that his side had fallen short recently.

The past couple of weeks have been full of distractions. First Flappy Bird came along. Then the Winter Olympics started. Then Flappy Bird went away.

We were just getting our focus back when Shirley Temple died, and I gave the lads a day off training to re-familiarize themselves with her oeuvre.

But I can guarantee that sooner or later, probably by March at the latest, well go back to playing like the most expensive team in human history.

What you have to remember is that football is really easy when you have all the money in the world. Like Flappy Bird on beginner mode.