Eleanor Shaw had been feeling sleepy after an early start and hoped a quick kip would make her more productive, but instead it completely f**ked the rest of her day.

Shaw said: “I woke up to another world. The house was dark. It was silent. I had no idea how many hours I’d been asleep for, what day it was, or if the rest of the humanity had been abducted by aliens.

“I was freezing cold but covered in sweat, my mouth felt like something died in it and I had a banging headache. And, somehow, I was more tired. How is that even possible?”

Shaw went on to spend a further two hours pratting about on her phone before getting up from the sofa, by which time it was 10.45pm and time to go to bed.

She added: “Of course, I couldn’t get to sleep. So I’ll need another nap tomorrow. It’s an endless cycle of doom that I’ll never escape from.” 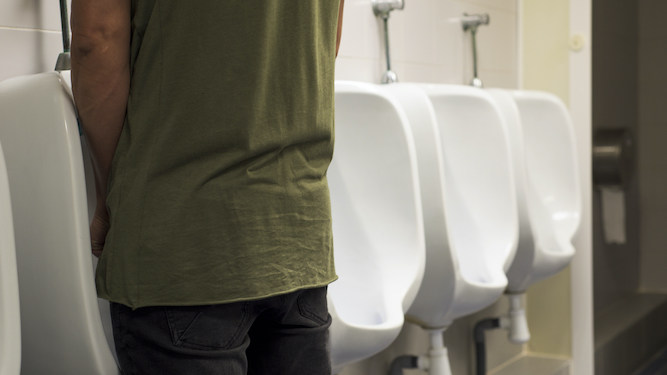 Nathan Muir had presumed that the creepy sighs of effort he had been hearing came from men in adjacent urinals, until he realised he could also hear them when he went for a piss at home.

Muir said: “Going for a slash used to be easy. I never thought I’d get to the stage where I’d have to strain so hard that I made noises like a Soviet shot putter.

“I have to clench hard enough to piss, but not so hard I soil myself. It’s like trying to rub your tummy and pat your head, but with significantly more jeopardy.

“Plus I have to pee more often now. I used to be able to down seven pints before I had to break the seal, but now I’m up in the night if I so much look at a can of lager before bedtime.

“Is this what ageing is? Even the simple shit demands grunts, groans and sighs of effort? If so count me out.”