Okay For Babies To Be Born Drunk, Say Docs

NEW evidence suggests it is safe for a baby to be born drunk, doctors said last night.

According to the latest research expectant mothers can drink throughout their pregnancy and even use different kinds of alcohol to determine their child's early character traits.

Meanwhile mothers who want to avoid a hungover baby should drink a glass of Resolve or at least two pints of water as soon as they have their first contraction.

Professor Sir Roy Hobbs, head of obstetrics at St Gordon's Hospital in Dulwich, said: "It's perfectly acceptable for a baby to be born drunk, but not angry drunk.

"The optimum level of drunkenness would be a baby that's very quiet and has a big grin on its face, as if it's been drinking gin and tonic all afternoon.

"Beer babies tend to be very noisy while red wine babies have that look as if they were just about to say something only to forget what it was at the last second.

"What you do not want is a pissed-up whisky baby that comes out snarling and chucking its fists around."

Her added: "The important point is that mothers shouldn't worry too much about the drunkenness of their baby.

"I have always believed that when it comes to drinking and pregnancy it does help to keep things as vague and inconsistent as possible."

Latest National Mood To Be Unveiled 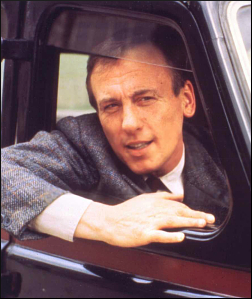 SOME of the biggest names in Britain will gather in central London today for the unveiling of the new national mood.

Prime minister Gordon Brown will be joined by host of celebrities including Steve Coogan, Elaine Page, Sir Bobby Charlton and the stars of All Creatures Great and Small.

The mood unveiling comes as a poll in the Daily Telegraph found that 68% of Britons want everything to be much more like Victoria Wood.

Experts are predicting the much anticipated new mood will have no truck with high salaries, nail varnish and swear words, particularly 'fucknut' and 'c**t-features'.

The prime minister is also expected to outline plans for a wide-ranging government inquiry into what is and is not funny.

Tom Logan, national mood detector at the Institute for Studies, said: "The inclusion of the All Creatures cast suggests an early Fifties, austerity kind of mood.

"We're looking at decency, v-neck sweaters, decency, home made broth, decency and everything being unbelievably tedious.

"There might be some scope for a bit of cheekiness on BBC1 on Saturday nights. Perhaps Victoria Wood could give a weekly rendition of that song she does about fucking."

He added: "It will be interesting to see if it works, particularly as most British workers spend their day forwarding emails and videos that make the Andrew Sachs wank fantasy look like Songs of Praise."