A POSSIBLE cure for peanut allergy means sufferers may have to talk about something else for a change.

Nut avoider Wayne Hayes said: “It’s great that I won’t suffocate because of eating something that’s been in the same postcode as a jar of Sun Pat.

“However that lingering danger was the lynchpin of my personality.

“It made me seem like a comic book character, trapped between the worlds of the living and the dead – the Peanut Man.  Now science has robbed me of that.”

He added: “Well OK, I met Pat Sharp in a car boot sale in Carlisle once. Shall I tell you about that?”

Mother-of-two Emma Bradford said: “It’s good news for my peanut-allergic children but bad news for me as a parent.

“I mean, what’s the point having kids if you can’t get vicarious attention from their food intolerances?”

Bromley's Jewel of the Raj to advertise during Super Bowl 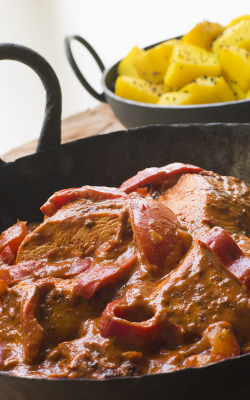 A SOUTH London curry house has paid $2.2 million for a 25-second advert during Sunday’s Super Bowl.

The advert, which recommends visiting the fully licensed restaurant for food, drink and fine company, will appear in a coveted slot just before the halftime show.

100 million people will be watching the Super Bowl, and no doubt working up a hunger for a lamb kulfi at the same time.”

Bhatia voiced the advert and took full-colour photographs of his restaurant himself, while the crackly soundtrack was provided by his 11-year-old son Nitin, who is Grade 3 on the guitar.

The restaurateur dismissed concerns that the advert’s exclamation that his establishment is Only 3,400 miles to 7,300 miles from your location! will deter customers.