People Who Snore Are Just Being Shits, Say Docs

A STUDY of habitual snorers has found that they do it just to be a right pain in the arse.

Researchers at Reading University undertook a detailed investigation into how someone can breathe normally throughout the day but then start making a noise like a wild pig being violated by Charlie Sheen the moment their head hits the pillow.

"We found that snorers are fundamentally horrible bastards who lack the integrity to express their bastardry during their normal waking lives.

"What better way to ruin others' lives than by spending all night 'humping the pig' and then come down to breakfast looking perfectly chipper and asking 'Sorry, was I snoring last night?''

One snorer-turned-serial pet murderer who operates under the name of 'Mary' said: "The best was business trips which involved really stressful meetings. I would contrive to share a hotel room with a colleague under the guise of 'keeping costs down, credit crunch etc'.

"At night I would channel the spirit of the Great She-Pig and the spirit of Charlie Sheen and then let rip with a symphony that, if I was doing it right, would make them want to throw themselves through the window.

"They'd feel too awkward to ask for another room, so the pattern of tortuous sleep-deprivation would continue throughout our stay until they were hallucinating minor Disney characters in crucial client meetings."

She added: "We snorers live just to fuck with people. There is absolutely no reason for it. We're like that clown in Stephen King's It."

Passengers To Pay Less For Trains That Don't Turn Up 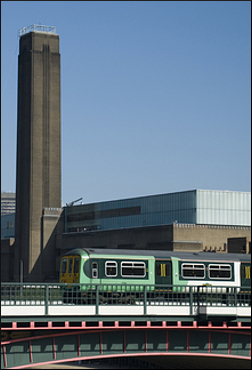 Transport minister Lord Adonis hailed the 0.4% price cut, insisting that if the trend continued UK rail travel was now just 250 years away from being worth the money.

He said: "This represents an average monthly saving of 80p which means you can now buy a newspaper to read while waiting for your veal truck with a sandwich trolley to turn up. Which it won't."

Rail operator First Capital welcomed the fare reductions, but warned that certain cutbacks may be inevitable, including fire extinguishers and brakes.

A spokesman said: "If you think, for one second of your worthless lives, that this price cut will go unpunished then you are unbelievably wrong.

"We will hurtle flaming, runaway trains into the Thames, every hour, until season ticket prices are allowed to rise. The ball, it would seem, is in your court."

To recoup costs, station car parking is expected to rise to £28,000 a second allowing Network Rail to confiscate your car as compensation the moment you switch off the engine.

Commuter Roy Hobbs said: "I spend two hours a day with my nostrils filled with piss going to and from a job that has killed my very soul.

"The prospect of jumping out of a burning train halfway across Blackfriars Bridge while saving 80p a month is the best news I've had since my boss was eaten by a shark."