Ramming swabs up our noses twice a week wasn't on the f**king roadmap, says Britain

A CONFUSED public is pretty sure sticking a six-inch swab up their nose twice a week was not originally included in Boris Johnson’s roadmap.

The announcement that everyone in England can take two weekly coronavirus tests from Friday has bemused Britons who recalled no previous mention of this Easter treat.

Stephen Malley of Gloucester said: “I’ve got the roadmap. It’s all ‘pubs reopen’ and ‘you can get a haircut’, with nothing about forcing an extra-long cotton bud into the soft parts of your brain.

“Also, I thought we could already have tests? And aren’t these ones inaccurate? And do we really want to rely on dickheads who can’t even wear facemasks suddenly becoming diagnosticians?”

28-year-old Donna Sheridan said: “I know Boris’s brand is to leave everything until the last minute, but a heads-up might have taken the edge off this soon-to-be-mandatory invasive medical procedure.

“I’m going to have nostrils like Gove in his gak years by the time I get vaccinated. And this is your idea of good news?”

A government spokesman said: “The roadmap has changed, as maps often spontaneously do. Anyway, the point is get back to work, you lazy twats.” 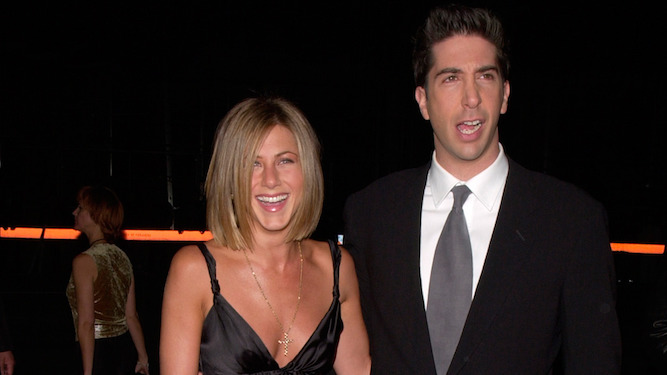 LOVE TV, but hate the smug couples you’re supposed to root for? Here are five awful pairings to inspire you never to find love:

Ross and Rachel from Friends

Why the world spent a decade hoping these two childish narcissists would end up together is a mystery, unless it was to seal their toxicity safely away from others. By the final series they’d become so void of personality that experts believe shortly after the conclusion of The Last One they collapsed into a black hole.

Jim and Pam from The Office

Two lovestruck colleagues interesting when they weren’t together, with compelling individual storylines, then became drab and annoying once they sealed the deal. The only couples in real life that spend that much time together are locked in co-dependency addiction. Which would have at least made this beige liaison more interesting.

Gavin and Stacey from Gavin & Stacey

The brilliance of Gavin & Stacey is that the titular characters are the most witless and irritating thing about the programme. Between the hammed-up accents, the contrived arguments, and Stacey’s constant squealing, it’s hard to pick just one thing to loathe about this smitten pair of numbskulls.

Richard and Judy from This Morning

The pre-internet Kim and Kanye of UK television, we couldn’t get enough of this insipid rude bloke-mumsy boozer pairing, even demanding they guide our taste in literature. Judy is probably alright on her own, but her very marriage to Richard suggests she shouldn’t be trusted to give guidance even on books that always have a murder in.

Ant and Dec from PJ & Duncan

A will-they-won’t-they to rival Cheers’ Sam and Diane, this TV power couple refuse to go their separate ways while also maintaining that they aren’t together. Come on. No-one insures themselves against the other’s death unless there’s a red-hot romantic undercurrent. The most unbearable thing about these two is the obvious deception.