Special milk is for special people

MILK alternatives made from soya, quinoa and flax are best suited to special people, it has been confirmed.

“Meanwhile normal milk is poisonous to them, it’s like putting normal petrol in a dragster.

“Not that special milk people approve of dragsters, because they are highly evolved and care about the ozone layer, but you get the idea.”

Almond milk drinker Susan Traherne said: “This comes as no surprise to me.”

Councils to use ducking stools for benefit claimants 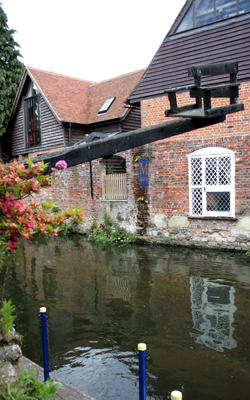 COUNCILS have started plunging unemployed people in rivers to see if they float, it has been confirmed.

Fraudfinder General Roy Hobbs said: Just last week in Carlisle I did hear of a man whose familiar goaded him into not declaring that bit of painting and decorating he’d done for his brother-in-law.

After a mere twenty minutes at the bottom of the river Eden, he ceased his previous claims to have done it for a few beers and a curry.

May the grace of the DWP guide our future endeavours.”

Ramps will be installed by major rivers to deal with the large volume of DLA claims referred to Hobbs by ATOS.

Blind claimants will be guided into the riverside assessment area by having a ball thrown into the water to attract their dog.

Hobbs said: We have also discovered a way of assessing Bedroom Tax claims by setting fire to the houses in question. It’s early days but we’re getting some interesting results.