BRITISH citizens living on the Costa del Sol are now more Spanish than the Spaniards themselves, they have confirmed.

Residents say stories about English-speaking enclaves of egg and chips are nonsense, with expatriates among the most dedicated connoisseurs of the country’s cuisine, literature, and wine.

58-year-old Tom Booker moved to Spain from Essex 30 years ago because of his love of the novels of Cervantes and the poetry of Federico Garcia Lorca, which he used to borrow from Dagenham Library.

He said: “You’ll have to excuse me, it’s such a long time since I spoke English.

“What’s happening over there now? Is Ron Greenwood still England manager? Is Minder still on?

“I wouldn’t know. I spend my days listening to the music of Manuel de Falla and watching bullfights.”

Pensioner Norman Steele said, “Don’t be deceived by my prominent bulldog tattoos. That was the old me.

“Nowadays whenever I’m not cooking authentic tapas, I’m running flamenco workshops specialising in ‘pitos’ or the art of finger snapping.

“Immigrants to the UK could learn a lot from me and my mates over here. We’ve fully integrated. Follow our example.” 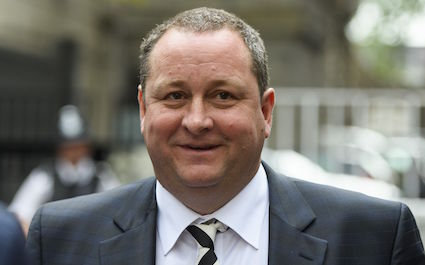 SPORTS Direct boss Mike Ashley runs his business like a Victorian workhouse as a homage to his favourite writer Charles Dickens.

The Sports Direct founder has admitted that he only wanted to recreate conditions of abject Victorian poverty so he could see for himself what life was like in the works of the author.

He said: “I’ve got a calf-bound first edition of Little Dorrit, I’ve got The Old Curiosity Shop inall the original periodicals, and I’ve got controlling interests in six orphanages and a gruel factory.

“My dream was always to give ordinary people the opportunity to experience terrible, crushing deprivation which they could then either escape to live happy, virtuous lives or die in, nobly and tragically.

“I’ve modelled myself on Mr Bumble from Oliver Twist, on a strict dietary regime that means I never drop below 18 stone, and I’m incredibly heartless and cruel at all times.

“It’s so authentic. My only regret is that I’m struggling to reach my target of ten per cent of the workforce dying of consumption.”