TEHRAN (Agence Mash-Presse): THE narrow, dusty road from Tehran to the Turkish border is normally quiet at this time of year. But since last Friday's announcement that Chris De Burgh would perform in Iran, this dry, barren landscape has been filled with desperate souls fleeing for their lives.

Most travel on foot, carrying just a few belongings. A handful of lucky ones ride atop a makeshift cart, pulled along by a tired and hungry goat.

Disani, a 30 year-old mother of two from the market town of Tabriz, weeps and pulls her children close. "The first I knew was from the newspaper reports," she says.

"I thought nothing of it until a neighbour played me a few seconds of Don't Pay the Ferryman. They had to stop me from battering myself to death with a pot."

Her friend Fatemah adds: "Why not send the Flaming Lips? Or the Shins? We've been listening to a bit of Teenage Fanclub recently. Everybody likes Teenage Fanclub. But not De Burgh. Not De Burgh!"

As the sun eases behind the dark, distant mountains and the temperature drops to zero, these weary, wretched travellers huddle around camp fires and tell their stories.

One elderly man, his eyes sunken, his teeth a fading memory, talks in hushed tones of an entire village wiped out by the video for Lady in Red.

In the morning they will rise and continue their trek to the border and the distant hope of Europe, and sanctuary.

France has already offered safe haven for 10,000 while other signatories to the 1989 Anti Chris De Burgh Treaty have pledged to do what they can.

Margaret van Klimm, of the UN High Commission for Refugees, said: "We have dealt with mass migrations caused by floods, conflict and crop failure. But everyone always forgets about the constant threat of Chris De Burgh." 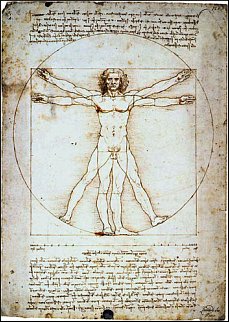 GOOGLE is to create its own internet encyclopaedia in a bid to corner the growing market for online bollocks. The search engine giant said that 98% of the internet is now unverifiable shit written by people who have no idea what they are talking about.

However, it said more effort was needed to bring this gibberish together to provide internet users with one fast and reliable source of self-regarding drivel.

He said: “A few years ago most people were still getting things wrong because of their own ignorance, superstition and prejudice, much as their ancestors would have done in Medieval times.

“Thanks to the internet, stupid people all over the world can pedal their own shit while simultaneously imbibing the shit of millions of others leading to an exponential growth in shit, the full meaning of which we are still struggling to grasp. But it's bound to be shit.”

Many experts have described the Google project as a direct attack on Wikipedia, the online knowledge base that describes itself as a communal encyclopaedia and blancmange.

However, Wayne Hayes, one of Wikipedia’s chief editors, dismissed the threat from Google saying his organisation had nothing to fear.

“We are an online knowledge company with many years of experience. According to Wikipedia, Google is either a movie actor from the 1920s or a homeopathic remedy for piles.”